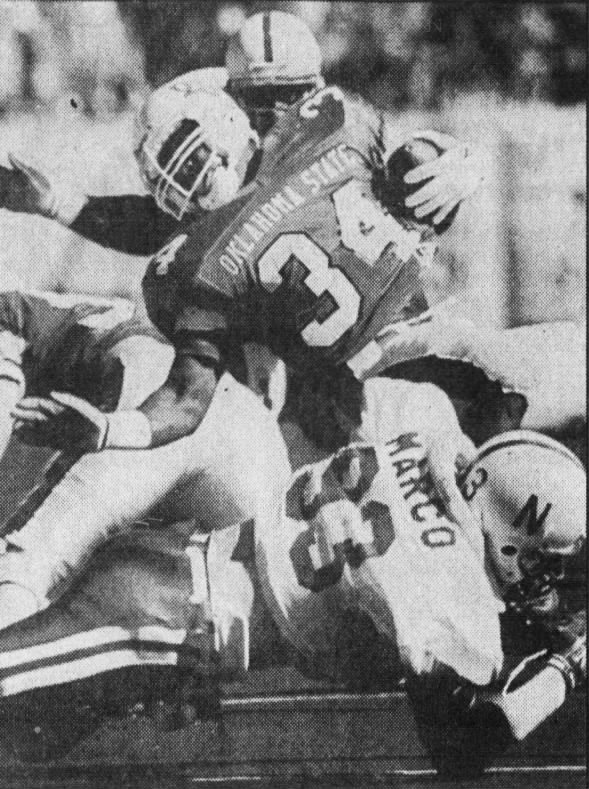 Huskers shut down Thomas and Cowboys

Twelfth-ranked Oklahoma State, off to a 5-0 start and riding an eight-game win string, both 42-year bests, had high hopes of pulling off an upset of No. 2 Nebraska, but the Cornhuskers dominated the game from the beginning and remained unbeaten against the Cowboys since 1961.

Nebraska yielded only 43 rushing yards (seven on nine carries by then-NCAA rushing leader Thurman Thomas), and stifled the Cowboys’ only scoring threat on a Charles Fryar interception in the end zone in the second quarter.

The Husker offense, meanwhile, churned out 617 yards of total offense, including 466 on the ground, while piling up 36 first downs.