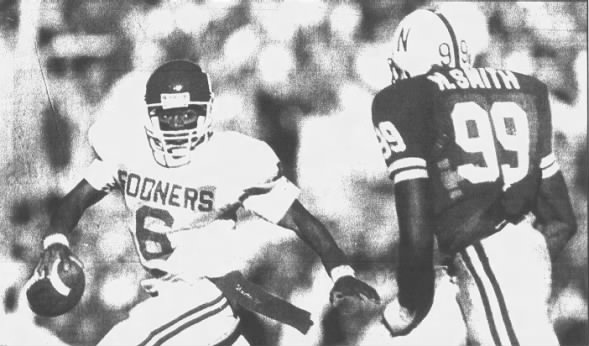 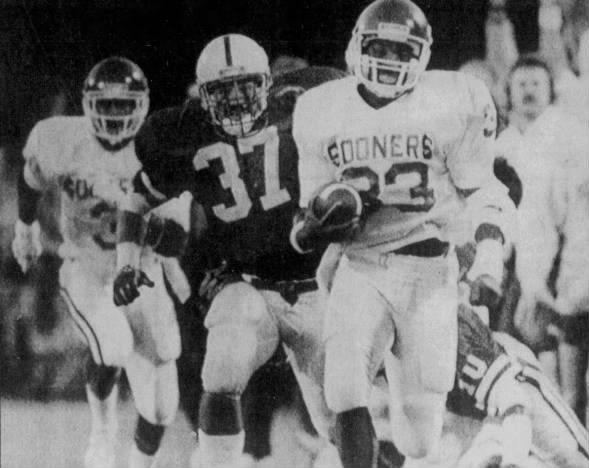 No contest: Showdown dominated by Sooners

The highly anticipated Nebraska-Oklahoma “Game of the Century II” turned out to be a one-sided affair that failed to live up to the buildup — and the Huskers failed to back up their unusually brash predictions of victory.

Nebraska was a four-point favorite and had moved ahead of Oklahoma into the No. 1 spot in the polls during the week of the game. The 900-plus media credentials issued for the contest set a Memorial Stadium record.

The Huskers jumped to a 7-0 lead late in the first quarter when Keith Jones’ 25-yard run capped an 84-yard drive, but after that the game was virtually all Oklahoma. The Sooners claimed their fourth consecutive Big Eight title and retook the No. 1 ranking with a 17-7 win that was considerably more decisive on the field than it was on the scoreboard.

Some of the sobering numbers for Nebraska: 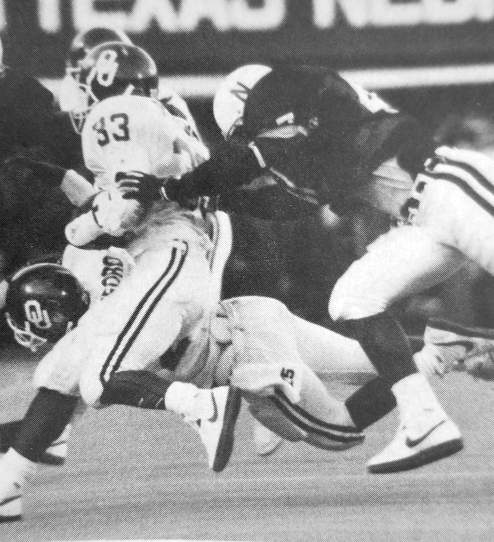 LeRoy Etienne had 13 unassisted tackles and a fumble recovery for the Huskers. | Courtesy of Nebraska Athletics 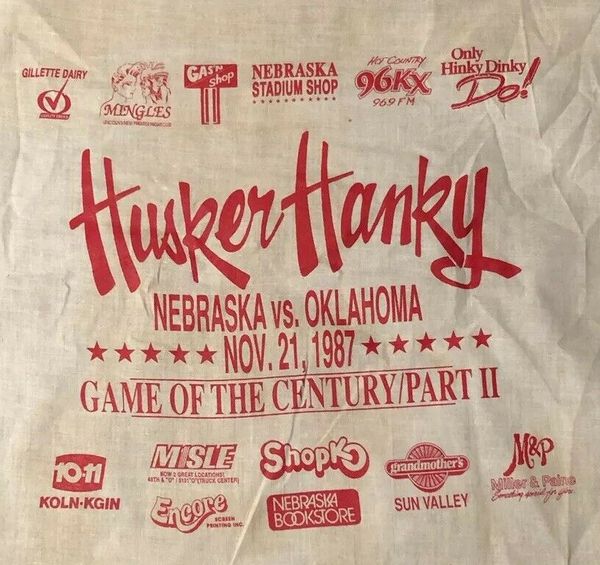 This was as one-sided as an ax and a tree. This had all the drama of a Teamster sitting on a sandwich.

The knee injuries that sidelined Holliway and Carr didn’t affect an Oklahoma offensive line considered one of the best in the school’s history.

Perhaps the most shocking statistic of all: Nebraska, powerful Nebraska, had 15 possessions and on 11 of them did not get a first down.

Other than its one scoring drive, all Nebraska did well was punt.

The top-ranked Cornhuskers put on their red and white uniforms and turned into ... Iowa State.