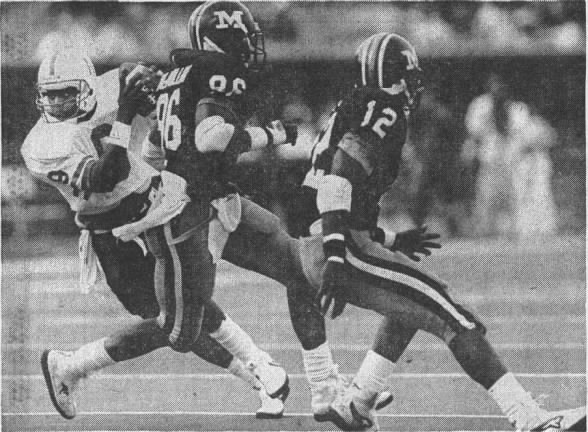 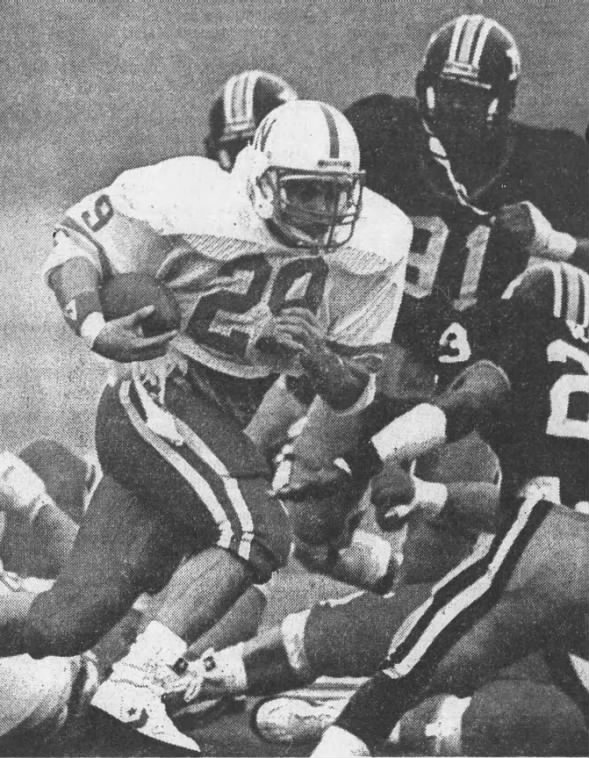 Fullback Bryan Carpenter picked up 20 of his game-leading 90 rushing yards on this second-quarter run, which helped set up the Cornhuskers’ fourth touchdown. · Lincoln Journal Star · Newspapers.com

Husker quarterbacks throw for five TDs in rout of Tigers

For the second time in 1987, Nebraska passed for a school-record five touchdowns, four by Steve Taylor, one by Clete Blakeman, as the Huskers beat back an improved Missouri team.

Taylor and Blakeman combined to tie the school’s team touchdown pass mark set against UCLA, with Tom Banderas catching three of the scoring passes to tie another Nebraska record.

Mizzou was held to 176 yards of offense and six first downs, but the Tigers did score a second-period touchdown that was the first six-pointer against the Husker defense in 15 quarters.

Nebraska scored in every quarter for the fourth straight game. 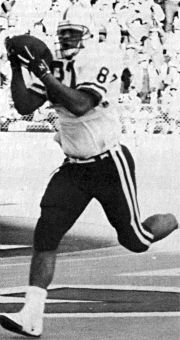 Tom Banderas pulls in one of his three TD receptions. | Courtesy of Nebraska Athletics

The Huskers have put together too many good games week after week against too much good competition to think they aren’t the nation’s premier team.