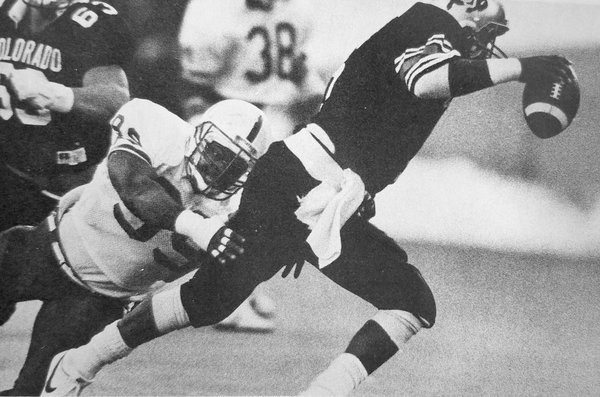 Huskers bounce back for win in Boulder

As ESPN commentator Lee Corso said, I-back Keith Jones was “all-universe” on this Saturday in Boulder as he rushed 26 times for a career-high 248 yards, propelling him into third place among all-time Nebraska ground gainers. The Husker defense, meanwhile, limited CU to 226 yards.

Neil Smith, the Big Eight defensive player of the week, anchored the Husker defense as he tallied 12 tackles, nine of them solo, with two tackles for 15 yards in losses. He also had a fumble recovery and a crucial blocked field goal.

H’MAX NOTES: Colorado had forays in Nebraska territory on its first three possessions but came up empty due to a personal foul penalty, Smith’s blocked kick and Smith’s fumble recovery at the Nebraska 29. … The Buffs donned all-black uniforms for the first time ever, and the temporary lighting erected for ESPN’s telecast was a first for a Folsom Field game. 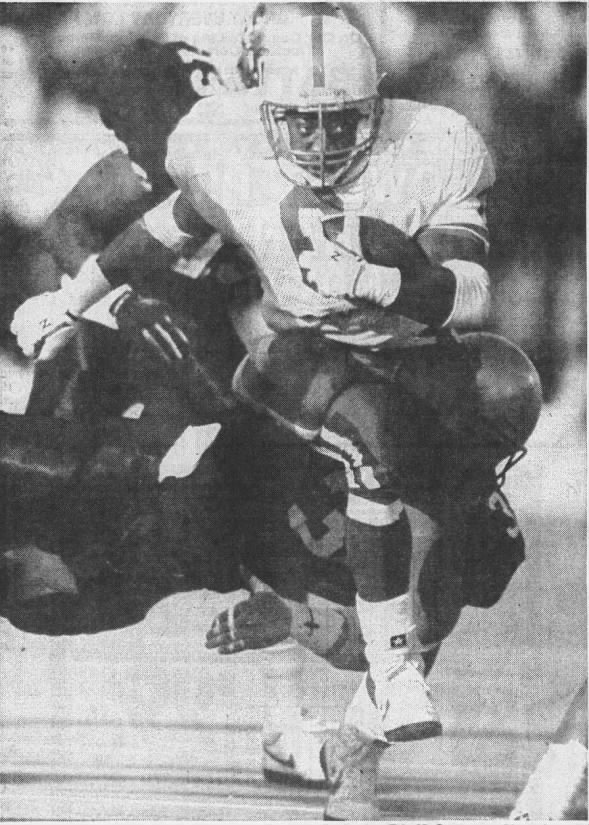 The Cornhuskers are better, and Saturday's 24-7 final score accurately reflects the difference between the two programs.