Keith Jones sprinted 62 yards to the Arizona State 8-yard line, setting up a 3-yard touchdown run by Steve Taylor with 3:37 left in the game, to give second-ranked Nebraska a 35-28 win over the 12th-ranked Sun Devils.

Moments before Jones’ long run, ASU had taken advantage of a Taylor fumble at the NU 13 and had driven in to tie the game at 28 apiece on Darryl Harris’ 1-yard run.

Even after Taylor’s score, the Huskers needed a Steve Forch interception at their 30 with 2:38 to go to seal the victory. 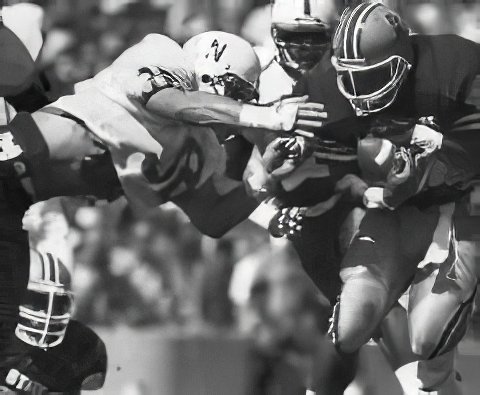 The Huskers made the big plays and walked out of the Valley of the Sun with their hides.

A win is a win is a win. Nobody is going to argue over the closeness of the score. The Huskers are 3-0, and the dream continues.

The game swung, as experts had suspected it might, on the quarterbacks.