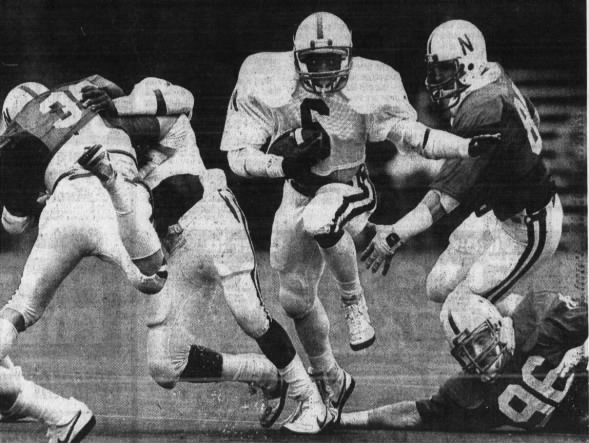 Reds rally from 11 behind to win spring game

Tight end Brian Hiemer caught two touchdown passes and I-back Paul Miles rushed for a game-record 137 yards to lead the Reds to a 26-21 come-from-behind win over the Whites in Nebraska’s spring football game.

Hiemer, who led all receivers with four catches for 63 yards, gave the Reds a 7-0 lead early in the first quarter on a 19-yard touchdown pass from quarterback Travis Turner, then scored the winning touchdown on a 10-yard aerial from Clete Blakeman with 10:25 left in the game, capping a rally from a 21-10 third-quarter deficit.

Miles, making a comeback after missing most of last season due to shoulder surgery, broke the spring game rushing record of 136 yards set last year by Jeff Smith. His 10-yard touchdown run started the Reds’ rally in the third period.

Sophomore I-back Keith Jones sparked the Whites to their lead by rushing for 99 yards on nine carries, including touchdown runs of 46 and 30 yards.

Miles and Jones were the top rushers in a game that saw only limited action from all-Big Eight junior I-back Doug DuBose. DuBose finished with 53 yards on seven carries, 44 of those coming in the game’s first series and setting up Hiemer’s first touchdown. 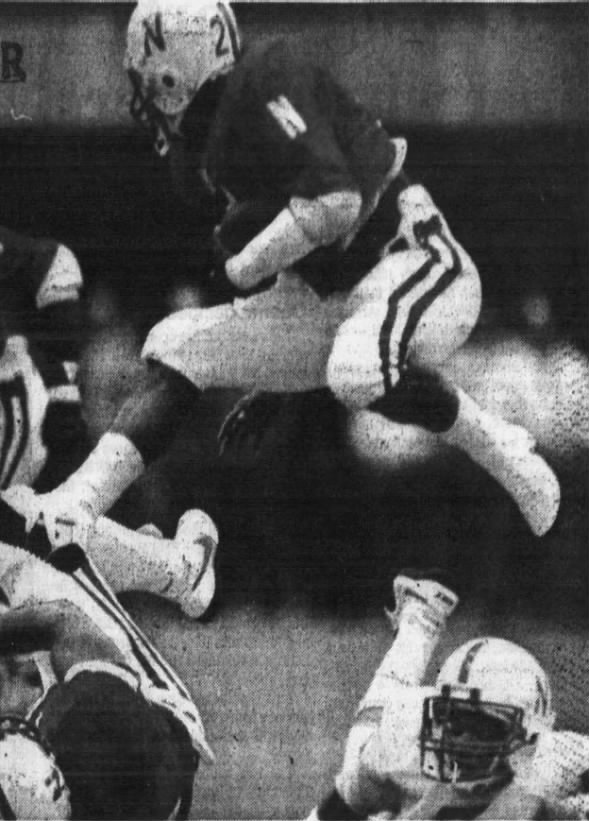