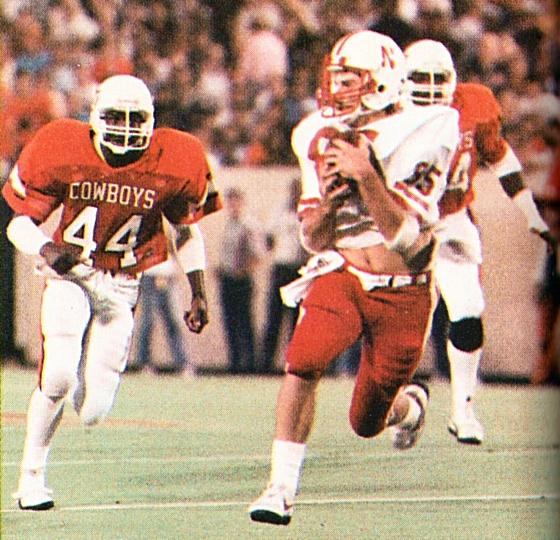 Robb Schnitzler had four catches for 119 yards, including a 38-yard TD reception.

Nebraska posted its best overall performance of the season in downing previously undefeated Oklahoma State, 34-24, in the Big Eight opener for both teams.

The Huskers’ balanced attack picked up 256 yards on the ground and 161 in the air, and, although the Nebraska defense gave up 420 total yards, the Cowboys rushed for only 57 yards, well under their 243.0 per-game average. Nebraska remained unbeaten (23-0-1) against Oklahoma State since 1961.

H’MAX NOTES: OSU quarterback Ronnie Williams threw for a school-record 363 yards. But with the Cowboys trailing by just three points early in the fourth quarter, Williams’ interception into the arms of Marc Munford set up a Tom Rathman touchdown that blunted a Cowboy rally.