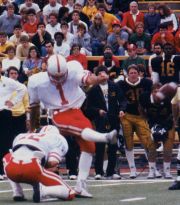 Dale Klein connects on his seventh field goal of the day.

Klein became the first kicker ever to go seven-for-seven kicking field goals in one game as he was successful on attempts of 32, 22, 43, 44, 29, 43 and 43 yards. He added a PAT for a Big Eight-record 22 points by kicking and ran his school-record string to nine consecutive field goals made. 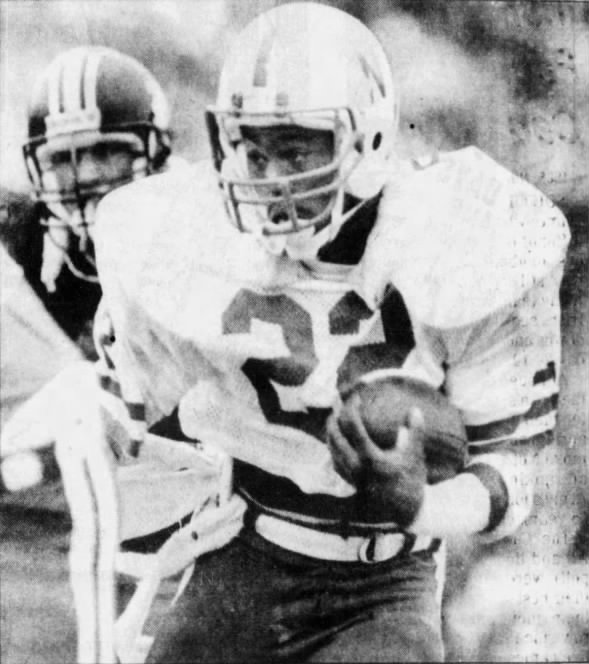