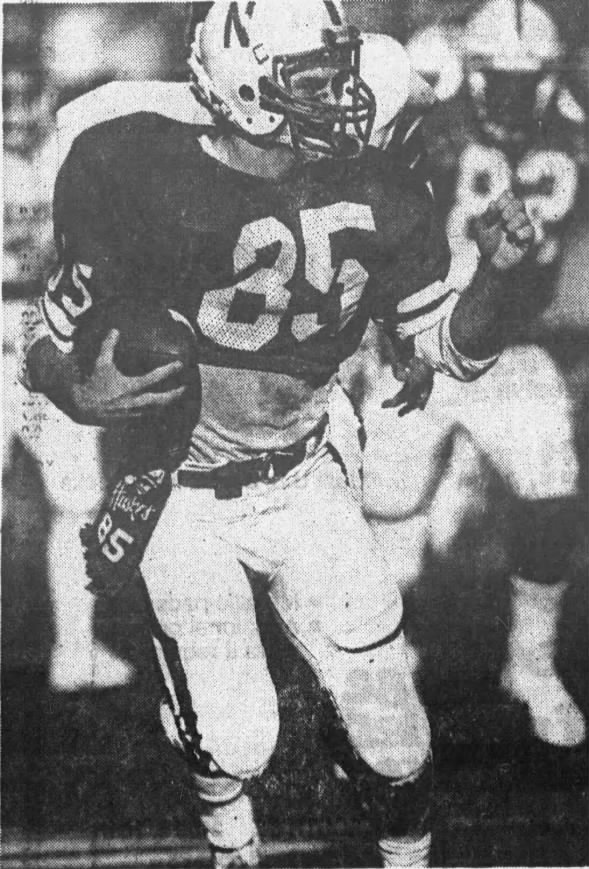 Huskers bar third opponent in a row from end zone

For the fifth time in six Big Eight games, the Nebraska defense held an opponent under 100 rushing yards (67) as the Huskers extended to 15 their string of quarters without allowing a touchdown, giving up only a pair of field goals in a 56-6 win over Kansas.

The Huskers used big plays, both offensively and defensively, in posting their ninth win of the season, the 17th consecutive year Nebraska has won at least nine games. Keith Jones scored on a 98-yard kickoff return, Travis Turner connected with Von Sheppard on an 82-yard touchdown pass, Tom Rathman scored on a 44-yard run, and Jeff Tomjack blocked a Kansas punt out of the end zone for a safety.

The win came at a cost, as linebacker Marc Munford suffered a season-ending knee injury in the second quarter.