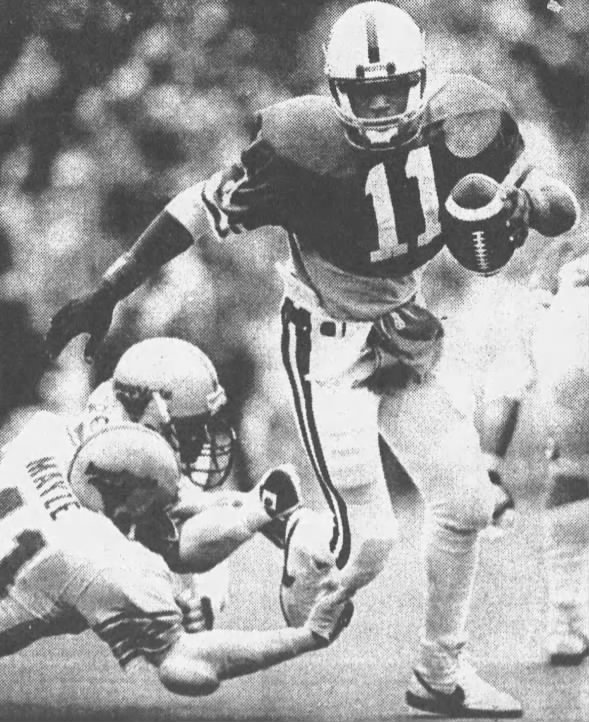 In doing so, DuBose became the 10th Husker back to top 2,000 career yards and recorded NU’s 11th 1,000-yard season. He became only the third Husker (joining Jarvis Red-wine and Mike Rozier) to rush for over 1,000 yards twice, and became the first to do so in his sophomore and junior years.

The Husker defense extended its string to 11 consecutive quarters of not allowing a touchdown. With a second-quarter sack, senior defensive tackle Jim Skow set a school record for career tackles-for-loss yardage, 237, moving past Willie Harper’s 231.

The temperature at game time was 28 degrees, with a wind-chill factor of 4 degrees.