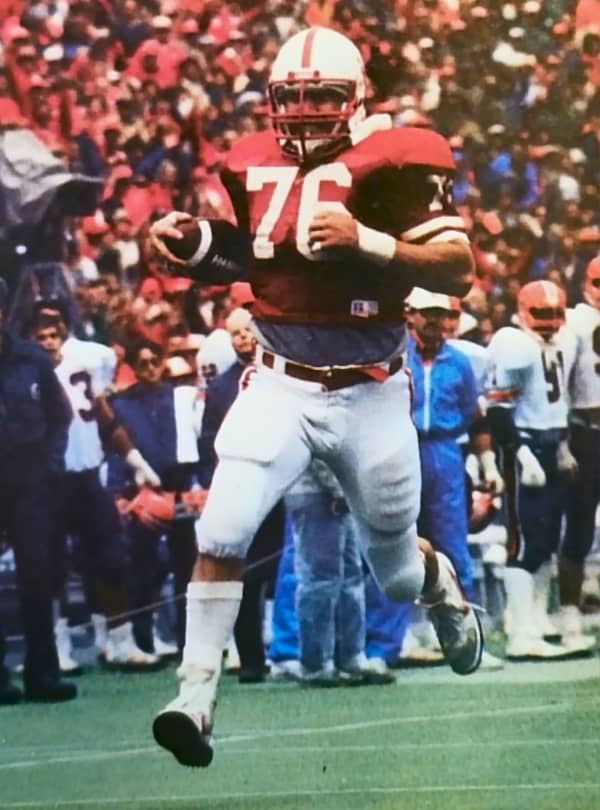 Chris Spachman gets in on the scoring with a 38-yard interception return in the fourth quarter. | Media guide photo

McCathorn Clayton’s 64-yard pass to Robb Schnitzler late in the first half cooled an Illinois rally and spurred Nebraska to a 52-25 win over the Illini.

Illinois seemed to have momentum going its way just before halftime, having narrowed a 17-0 deficit to 17-10, but the Clayton-Schnitzler aerial set up a Doug DuBose touchdown in the final minute of the first half, starting a run of 28 unanswered points for Nebraska.

The Husker defense picked off four of Illinois quarterback Jack Trudeau’s 51 passes and returned two of them for touchdowns. Although the Illini gained 390 total yards, they were held to 98 yards rushing, including minus-5 in the second half. 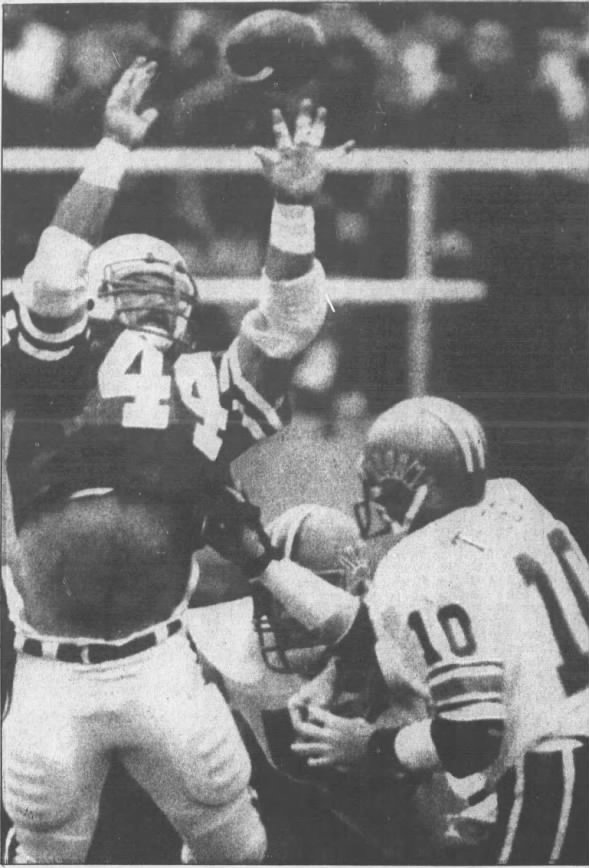