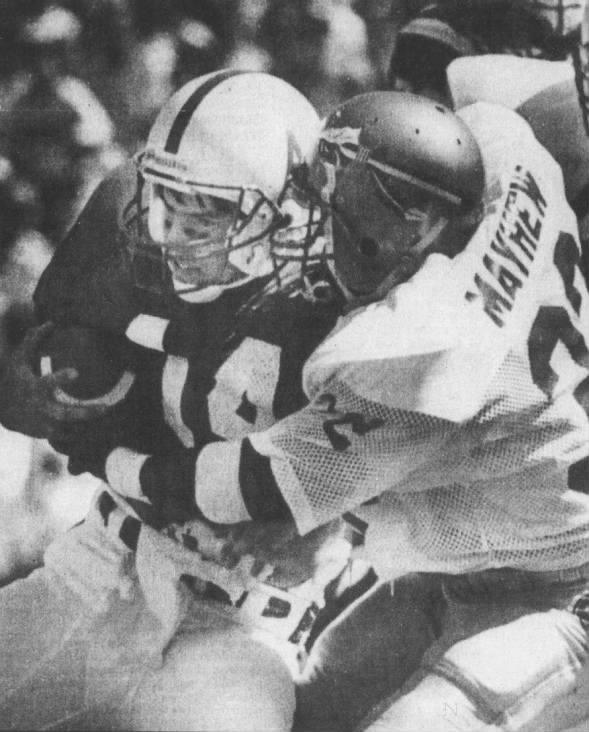 Too many mistakes in the wrong places spelled doom for Nebraska as the Huskers dropped a 17-13 decision to Florida State in brutal, 93-degree heat (it was 133 degrees on Memorial Stadium’s artificial turf).

Nebraska fullback Tom Rathman raced 60 yards to give the Huskers an early 7-0 lead, but the Seminoles took advantage of key errors to build a 17-13 halftime lead and then held on for their second win in Lincoln in three tries.

The Huskers outyarded Florida State by 412 to 290 but were minus-3 in turnover margin.

A key play that was as big as any turnover occurred late in the second quarter when Nebraska lined up to punt from its own 13. A bad snap forced punter Dan Wingard to take off running, and he was brought down at the 6. Two plays later, the Seminoles scored the go-ahead touchdown.