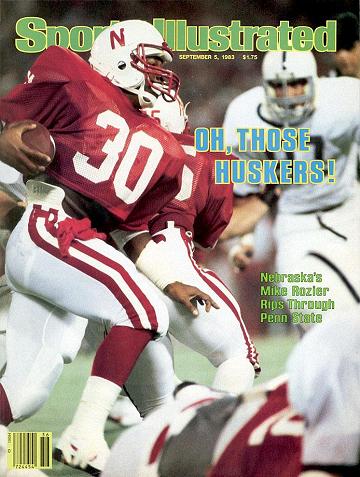 Nittany Lions no match for Huskers

The inaugural Kickoff Classic turned out to be anything but a classic as pre-season No. 1-ranked Nebraska romped over defending national champion Penn State, 44-6, avenging the Huskers’ only loss in a 12-1 season in 1982.

The Huskers scored on two of their first three possessions to grab a 14-0 lead at the end of the first quarter and went on to lead 44-0 late in the game before the Nittany Lions scored on a 35-yard pass from Dan Lonergan to Sid Lewis with just 20 seconds left on the clock—narrowly averting Penn State’s first shutout loss since losing to Oklahoma, 14-0, in the 1972 Sugar Bowl.

The final margin equaled the worst defeat for Penn State in Joe Paterno’s 18 years as head coach, despite nine Husker fumbles (NU recovered eight of them).