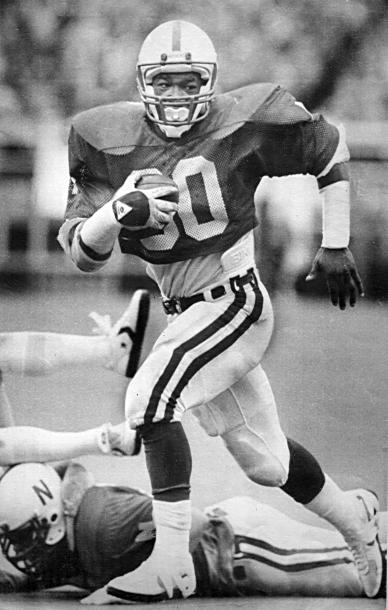 Playing his final home game, Mike Rozier ripped Kansas for a school-record 285 yards and four touchdowns as the Huskers romped to a 67-13 win over Kansas.

At halftime, Rozier had 230 yards and all of his TDs (he had the fourth TD 5:33 into the second quarter) as the Huskers had surged to a 41-0 lead in a regionally televised game.