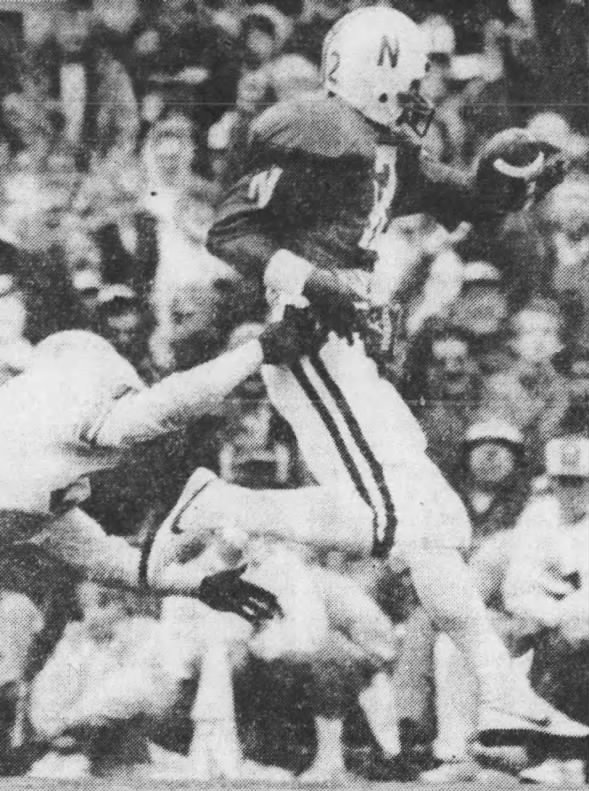 Less than 2½ minutes into the third quarter, Turner Gill pulls away from CU’s Clyde Riggins for Nebraska’s third touchdown of the period. ·The Lincoln Star · Newspapers.com

Top-ranked Nebraska was stymied by a well-conceived Colorado game plan for 30 minutes, then exploded for a Big Eight-record 48 points in the third quarter to increase a tenuous 14-12 halftime lead to a 62-19 margin after three periods before winning, 69-19, before 76,268 Homecoming fans.

In the Huskers’ record-setting third quarter (they missed the NCAA one-quarter scoring mark by one point), their seven scoring drives averaged 2.6 plays, 37 yards and 36 seconds. The first three scores came within 2:24 of the second-half kickoff.

Said CU cornerback Victor Scott, “It was like someone dropped the atom bomb on us.”

Mike Rozier again led the way with 19 rushes for 155 yards and four TDs. The four scores gave him 32 career rushing TDs to set a school record.