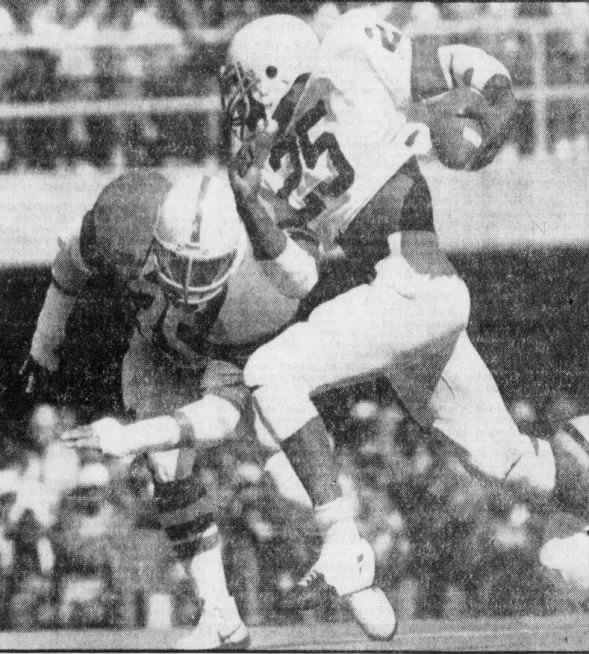 Helped by awesome offensive line play, Penn State tailback Curt Warner ran through and around the Nebraska defense for 238 yards, and the Nittany Lions came from behind in the fourth quarter to post a thrilling 30-24 win over the Huskers.

The game saw five lead changes, three in the first half when the Lions moved out to a 17-10 lead only to see Husker quarterback Mark Mauer throw two touchdown passes in the third quarter to give Nebraska its second lead of the game, 24-20, entering the final 15 minutes.

However, Penn State took the lead for good early in the fourth quarter when Joel Coles capped a 61-yard drive with a two-yard TD run. Then, helped by a 56-yard run by Warner, the Lions put Brian Franco in position for his fifth field goal of the day and the game’s final points with 4:54 left.

Roger Craig had another fine day for the Huskers with 121 yards, but it wasn’t enough to offset Warner’s performance.