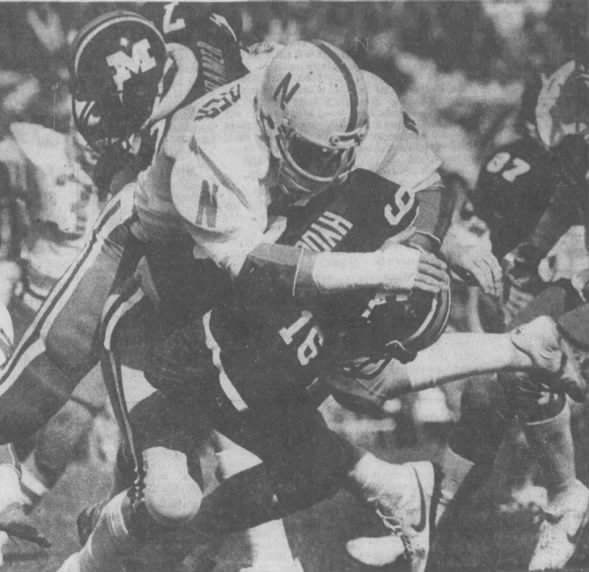 Most 6-0 football games would be regarded as “yawners” by fans, but this one kept the 72,001 on hand at Missouri’s Faurot Field and the millions watching on regional TV on the edge of their seats all afternoon.

In a typical Nebraska-Missouri donneybrook, the Huskers and Tigers slugged it out toe-to-toe for 59 minutes and 37 seconds before NU fullback Phil Bates burst three yards into the Tiger end zone for the game’s only score.

Neither side gave an inch until the Huskers and quarterback Turner Gill got the ball at their own 36-yard line with 2:36 remaining in the contest. Nebraska drove the 64 yards in 10 plays, with almost all the yards and all three first downs coming off Gill’s arm. Gill hit Irving Fryar for 13 yards, then connected on two critical passes of 24 and 21 yards to Todd Brown to get the Huskers to the Mizzou four. Two plays later, Bates scored the clincher.

The Huskers’ biggest hero, though, may have been punter Grant Campbell, who averaged 40.1 yards on seven kicks and five times pinned the Tigers inside their 15.