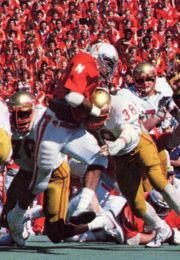 Nebraska exploded for two touchdowns within six seconds midway in the third quarter to break up a close game, and the Huskers went on to crush Florida State, 34-14, in the home opener.

The Huskers were leading, 10-7, when Irving Fryar returned a punt 82 yards for a TD with 8:31 left, then, on the ensuing kickoff, Tony Felici picked a fumble out of mid-air and ran 13 yards to score at the 8:25 mark to give Nebraska an insurmountable 24-7 lead.

The Seminoles did pull back within 27-14 midway in the fourth quarter, but Roger Craig’s 94-yard touchdown run put the game away-in addition to tying the Nebraska record for longest touchdown run and wrapping up a 234-yard day for Craig, which earned him national back-of-the-week honors. 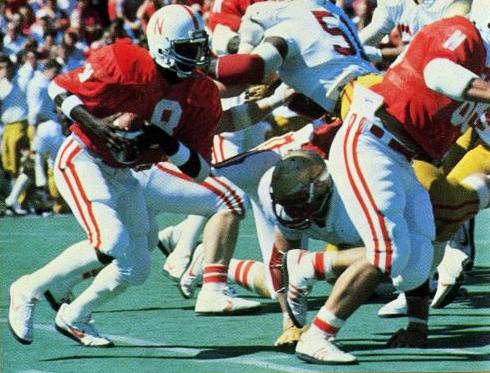