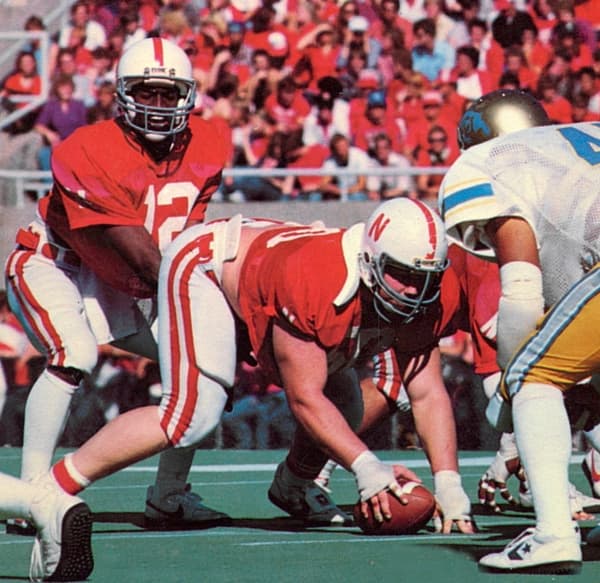 The Huskers, who had had four weeks of uncertainty regarding the starting quarterback situation, suddenly found all questions answered when sophomore Turner Gill got his first start. He responded by completing nine of 14 passes for 178 yards and a school-record-tying four touchdowns, and guiding the Big Red to 719 yards’ total offense and an NCAA-record 42 first downs in a 59-0 romp over Colorado in the Big Eight opener.

With Gill at the controls, Nebraska scored on its first three possessions and rolled to a 38-0 halftime lead. The Huskers added three more scores in the third quarter, then coasted to the win.

The game also marked the starting debut for Mike Rozier at I-back and the first shutout of the season for the Black Shirt defense. Rozier, who alternated the rest of the season with Roger Craig, rushed for 95 yards and scored two TDs, while the defense held the Buffs to 146 yards of total offense and nine first downs.