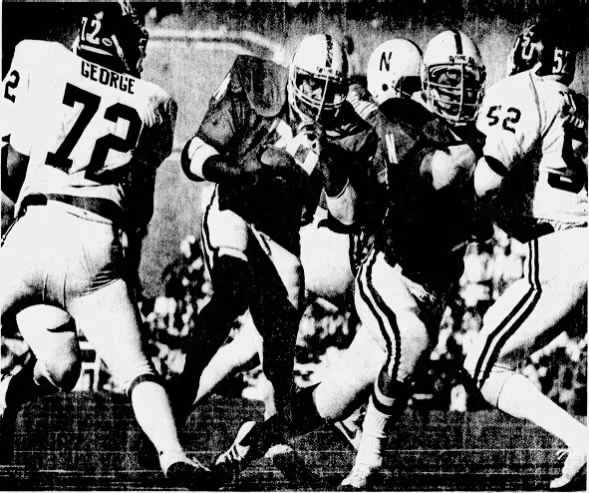 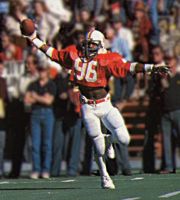 A great passing performance by senior Jeff Quinn and a stout defensive effort enabled Nebraska to enjoy a successful return to the Sun Bowl by downing Mississippi State 31-17. The 1980 Classic marked a reunion of sorts, since it was in the 1969 Sun Bowl that the Huskers started their present streak of 12 straight bowl appearances.

The Huskers drew first blood, when Todd Brown took a pitch on an end around play and ran 23 yards for the score with only 2:30 gone in the game. Brown’s score was set up on a fumbled punt by MSU’s Mardye McDole on the previous play.

The Huskers added 10 points in the second quarter – on a 22-yard Kevin Seibel field goal and an eight-yard pass from Jeff Quinn to Jeff Finn – to take a 17-0 lead into the dressing room at halftime.

MSU finally scored in the 3rd quarter on a 47-yard field goal and appeared to be gaining momentum when Husker defensive end Jimmy Williams recovered a fumble at the Bulldog 25 to set up a 2-yard touchdown run by Andra Franklin.

After State scored to open the final quarter, Williams again thwarted any further MSU chances with a sack and another fumble recovery. The Huskers then iced the game with a 52-yard Jeff Quinn to Tim McCrady pass late in the game. For their efforts, Williams and Quinn were named the outstanding players of the 1980 Sun Bowl.