Nebraska saw its hopes for an undefeated season fall just three yards short, as Florida State withstood a dramatic last ditch Husker drive to hang on to an 18-14 victory.

After building a 14-3 halftime lead, the Huskers fell behind 18-14 due mostly to three key NU turnovers. But the Huskers had a chance to win as they drove to the FSU three yard line with just 12 seconds remaining. But quarterback Jeff Quinn was hit as he rolled left by linebacker Paul Piurowski and he fumbled. The ball was recovered by FSU’s Gary Futch.

I-back Jarvis Redwine, who rushed for 145 yards on 25 carries, suffered broken ribs late in the fourth quarter and was lost to the Huskers two weeks.

NOTABLE: Husker fans’ spontaneous ovation for the Seminoles after the game started a tradition that lives on today and prompted a letter from FSU coach Bobby Bowden. 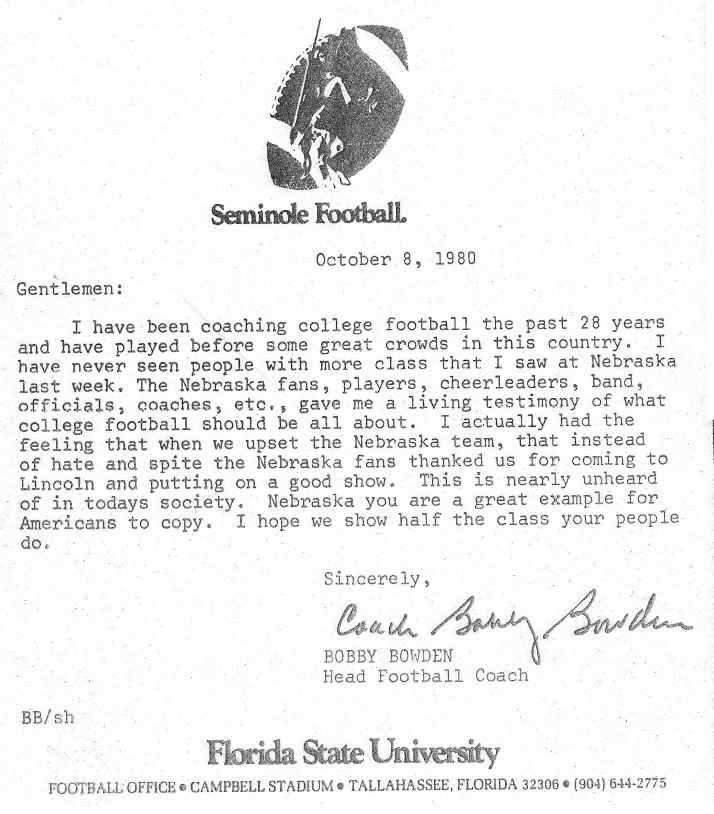