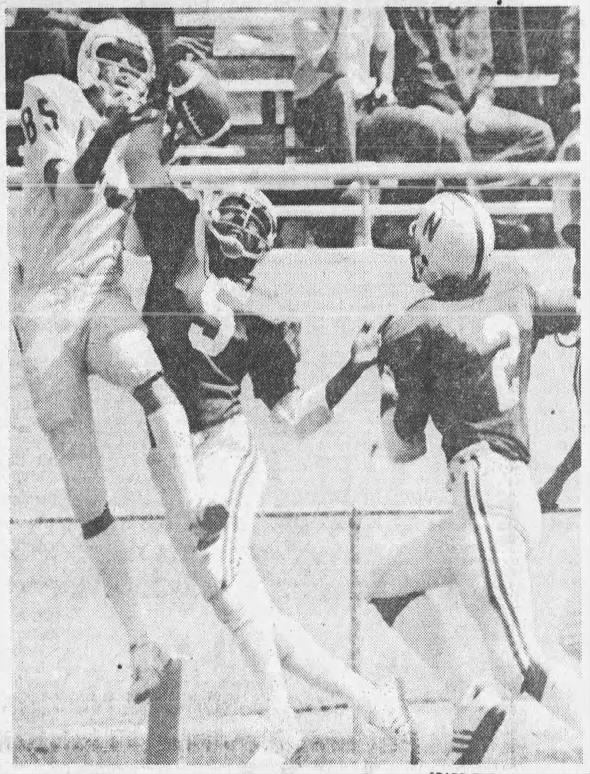 In a game that was exciting for both the players and the fans, quarterback Randy Garcia led an inspired White team to a 29-26 upset win over the Reds in Nebraska’s annual Spring Game, before 18,135 fans at Memorial Stadium.

During the final period, the lead changed hands three times, including twice in the final four minutes of play.

With the Reds leading 26-23 with only 2:22 to play, White defensive back Paul Letcher intercepted a Tim Hager pass at the Reds’ 33 yard line. Five plays later, Garcia hit wingback Kenny Brown in the end zone with a 21-yard scoring pass with 1:19 left in the game, to give the Whites a 29-26 lead.

But it was not over, as the Reds had a chance to tie it with only 14 seconds remaining. However, VanderMeer’s 40-yard field goal attempt was wide and the Whites had defeated the favored Reds 29-26, for their second straight win. Last year, the Whites upset the Reds 20-6.

And just like last year, it was Garcia who paced the Whites. For the day, he was 9 of 17 for 129 yards, including the game-winning touchdown pass to Brown.