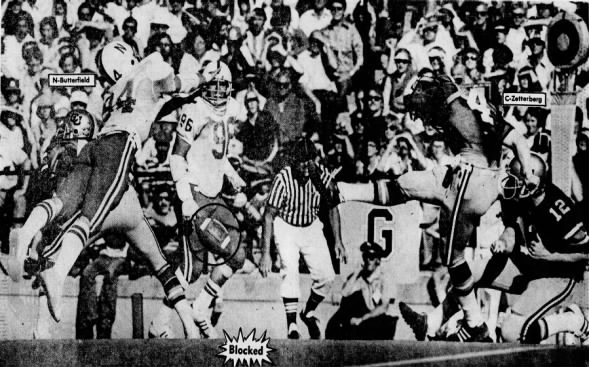 Dave Butterfield blocks a field goal attempt that would have given Colorado a fourth-quarter lead. · Lincoln Journal Star · Newspapers.com

Huskers survive with key stops in second half

Typical of Big 8 play, the game between Nebraska and Colorado was nip and tuck until some fourth-quarter Husker heroics produced a 24-12 win before an upset-minded Colorado crowd.

The toe of CU’s Mark Zetterberg provided all of the offensive fireworks for the Buffaloes, as he kicked field goals of 50, 46, 37, and 29 yards to give the Buffs a 12-7 halftime lead.

With the lead in Husker hands, 14-12 in the third quarter, Colorado drove to the Nebraska 4 yard line, but was stopped short of paydirt by the tenacious Black Shirts. When Zetterberg attempted his fifth field goal — a chip shot of 21 yards — NU cornerback Dave Butterfield broke through the line and blocked the kick with his chest.

Nebraska took command from then on, salting the game away with a field goal of their own and a 1-yard Rick Berns run. It was Berns’ best day rushing, as he ground out 127 yards. 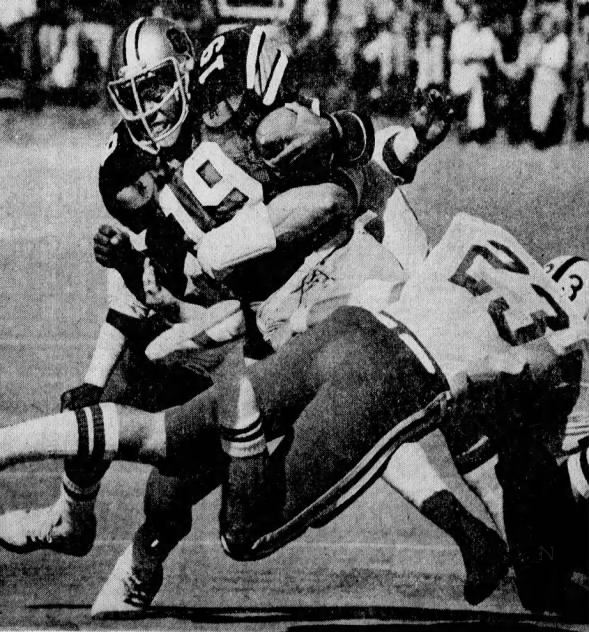