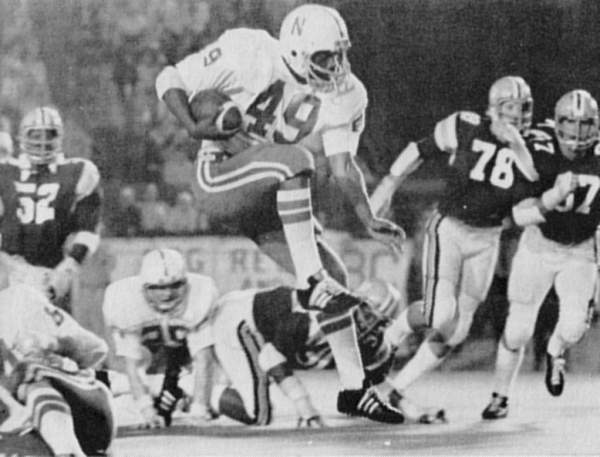 Huskers use ground game to rally past Gators

Rallying from a 10-0 deficit, Nebraska scored three times in the fourth quarter to defeat the Florida Gators 13-10.

From the very start, it was an uphill climb for the Huskers. Florida scored once in the first quarter and kicked a field goal in the second, while holding Nebraska’s usually strong offense to 138 total yards.

But in the second half, fullback Tony Davis, quarterback Terry Luck, kicker Mike Coyle and the Black Shirt defense led NU to victory, though it wasn’t until the fourth quarter when the Huskers really got rolling. Freshman I-back Monte Anthony scored the Huskers’ touchdown with 13:24 left in the game, when he ran up the middle for two yards to cap a 99-yard drive that followed a goal-line stand, and the Huskers trailed 10-7.

Davis set up Coyle’s two deciding field goals with inspired running as he picked up 126 yards on 17 carries. Coyle tied the score on a 37-yard boot with 7:13 left, and with 1:46 remaining, his 39-yard kick gave NU its sixth consecutive bowl win.