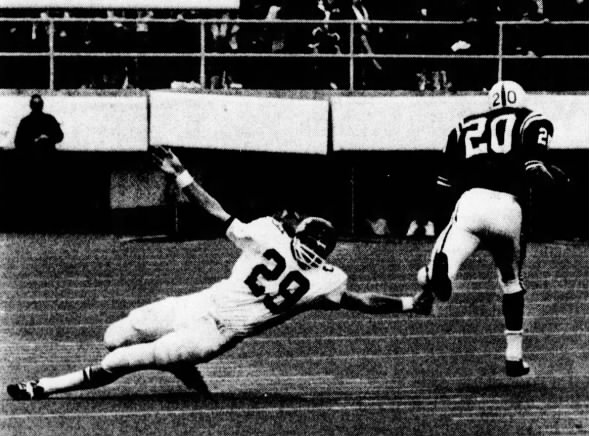 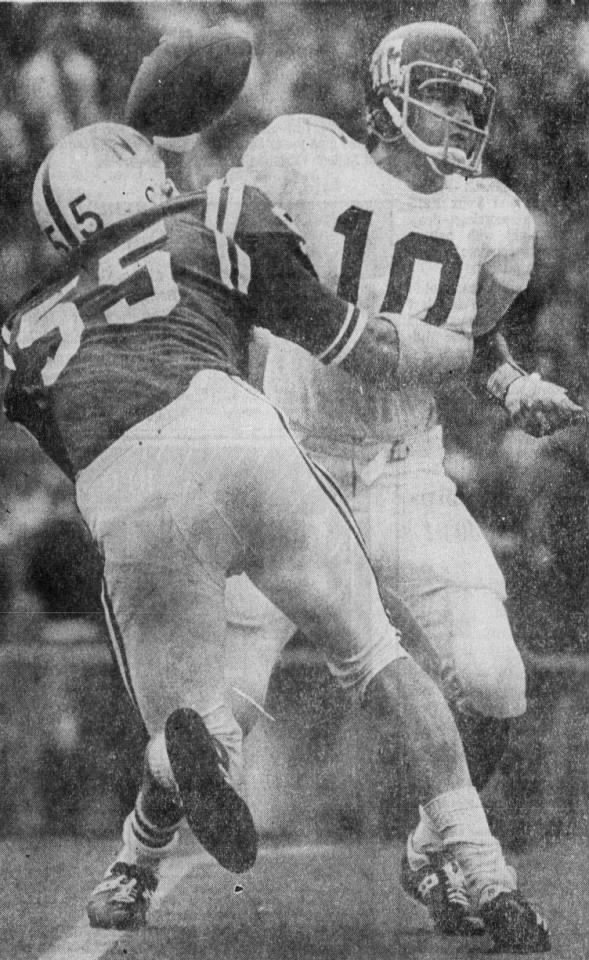 Nebraska’s No. 1 ranked Cornhuskers scored from near and far for a solid 34-7 win over Texas A&M. A crowd of 67,993 saw Husker fullback Bill Olds open the scoring with a 67-yard sprint down the sideline, and Jerry Tagge score on a one-yard plunge and throw a 32-yard pass to slotback Johnny Rodgers.

But the most sensational tally came on a 98-yard kickoff return by Rodgers to open the second half, and safety Bill Kosch’s 95-yard interception TD to give the Huskers a 34-0 lead in the fourth quarter.

The Aggies gamely countered with a 94-yard TD via a kickoff return by Hugh McElroy in the closing minutes of the game. It was Nebraska’s 22nd straight game without defeat and boosted the 1971 record to 3-0.

H’MAX NOTES: A 51-yard punt return by McElroy put A&M on the Nebraska 14 late in the first half, but the Aggies lost the ball on a fumble two plays later. … A&M had driven to the Nebraska 10 when Kosch made his fourth-quarter interception and TD return.