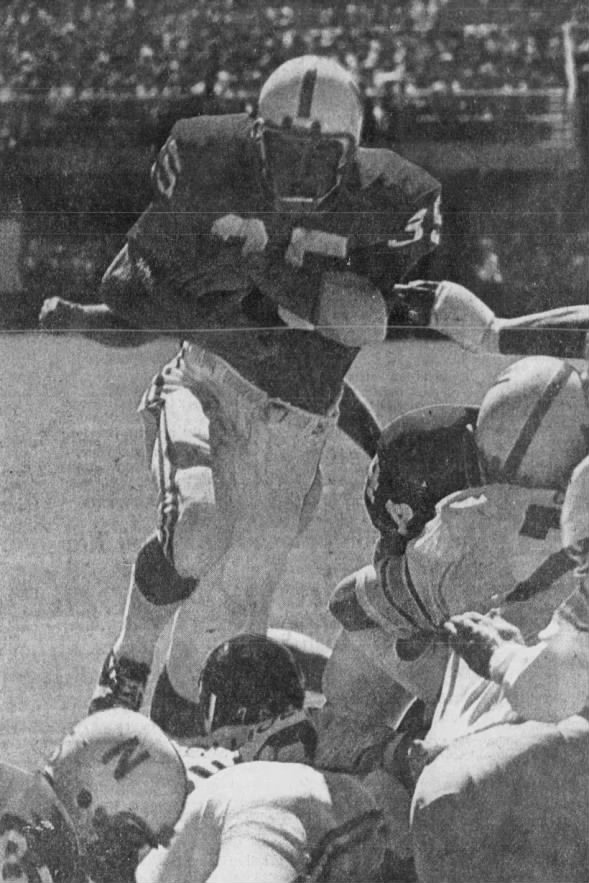 Defending national champion Nebraska opened the 1971 season with a convincing 34-7 victory over Pac-8 power Oregon. It was NU’s 20th straight game without a defeat.

A crowd of 67,437 at Memorial Stadium saw the Cornhuskers shut out the Ducks until late in the fourth quarter when a fumbled punt by a Husker reserve gave Oregon a shot at seven points.

While the NU defense was halting the potent Ducks with only 86 yards rushing and 118 yards through the air, the Husker offense flashed great opening form.

All of NU’s touchdowns came from the I-backs — one by Kinney, three by junior college transfer Gary Dixon and one by Randy Butts.