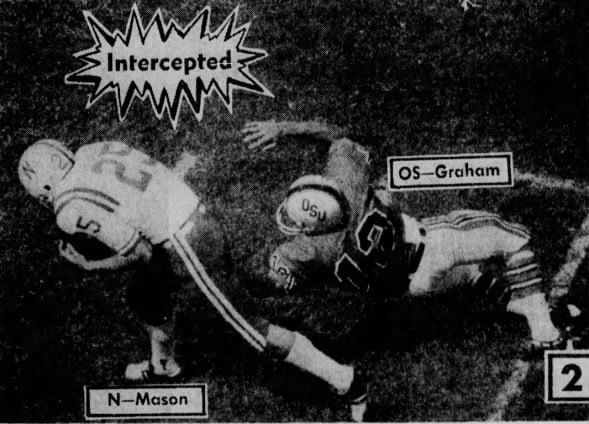 Nebraska’s defense completely bottled up the Oklahoma State Cowboys as the Cornhuskers raced to a 41-13 win before another sellout crowd of 37,000.

It was Nebraska’s 26th game without a defeat, 17th win in a row and third straight Big 8 win.

The Black Shirts shut out the Cowboys for three and a half quarters, but the Husker reserves gave up two TDs late in the game.

While the Big Red defense throttled the Cowboys, Nebraska’s defense ripped OSU for a comfortable lead. Jeff Kinney got NU rolling with a 25-yard TD run in the first quarter, and Dave Mason made it 14-0 with a 28-yard interception return tally. Jerry Tagge fired a 42-yard TD pass to Jerry List for a 21-0 halftime lead.

Another Kinney run and a Tagge-to-Johnny Rodgers pass made it 34-0, after three quarters. Rodgers provided the big thrill of the day with a 92-yard record-breaking punt return to open the fourth quarter before NU’s reserves took over. 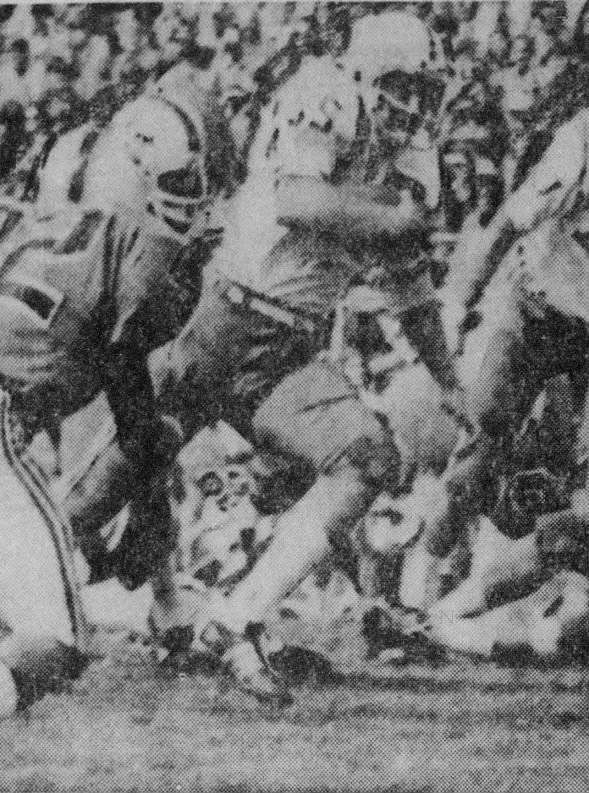