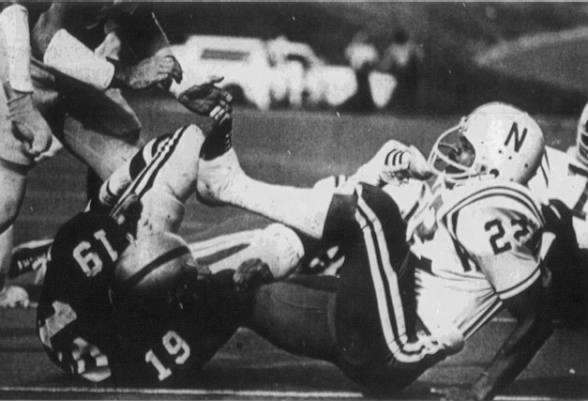 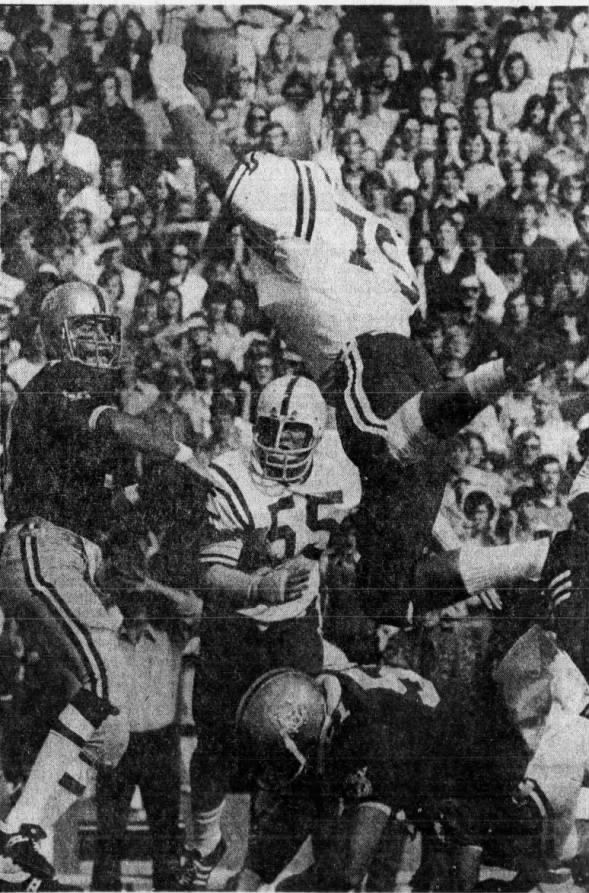 Record-breaking performances by quarterback Jerry Tagge and receiver Johnny Rodgers ensured a 44-17 victory over Kansas State before a crowd of 42,300.

It was Nebraska’s 20th straight win and 29th game without a defeat, dating back to 1969, setting the stage for the monumental showdown with No. 2 ranked Oklahoma at Norman on Thanksgiving Day.

The No. 1 ranked Cornhuskers went right to work against the Wildcats, who trailed by just 14-9 at one point, by driving for touchdowns the first four times they got possession of the ball. Tagge directed drives of 80, 94, 79 and 34 yards as the Huskers jumped to a 30-9 halftime lead.

Jerry had a sensational passing day, hitting 20 of 28 for 285 yards and three touchdowns. He also ran for 24 yards, giving him a total offense figure of 309 for a new Nebraska record. It also boosted him into the No. 2 spot in Big 8 history behind Lynn Dickey and enabled him to become the first Cornhusker to ever pass the 5,000-yard mark.

While it was dented for a season high of 17 points, Nebraska’s defense held K-State to only 57 yards rushing and 179 yards passing to maintain its ranking as the top defensive team in the nation.

So armed with a 10-0-0 record, the Cornhuskers started priming for the trip to Norman and the historic meeting with the Oklahoma Sooners (9-0-0) to determine the 1971 Big 8 and national champion.