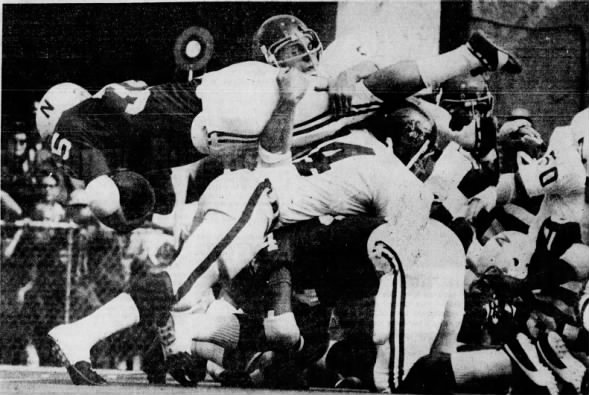 Nebraska’s Black Shirts went on a record rampage and the offense waltzed on a Field Day as the Cornhuskers blasted Kansas, 55-0.

It was Nebraska’s 25th straight without a defeat and the Black Shirts’ second straight Big 8 shutout. So potent was the NU defense that Kansas was held to a record minus-42 yards rushing and just 56 yards of total offense.

Meanwhile, Nebraska’s offense went on a swinging spree. The Huskers rushed for 411 yards and had a 538-56 total-offense bulge on the Jayhawks.

Jeff Kinney scored TDs on runs of one and 66 yards, Johnny Rodgers caught a 37-yard TD pass and ran 13 yards for another, QBs Jerry Tagge and Van Brownson each plunged for a score, and Gary Dixon got his fourth TD of the season.

The capper came when Pat Fischer — the fifth family member to play for the Cornhuskers (son of Coach Cletus Fischer) — intercepted a Jayhawk pass and returned it 14 yards to score.

H’MAX NOTES: The Jayhawks’ initial first down didn’t come until the third quarter. … Defensive plays — a Bob Terrio interception and a forced fumble by Dick Rupert — set up two of the Huskers’ first-half touchdowns. … It was Nebraska’s largest margin of victory in the 78-game series. … The previous rushing-defense record was minus-17 yards against South Dakota State in 1963. 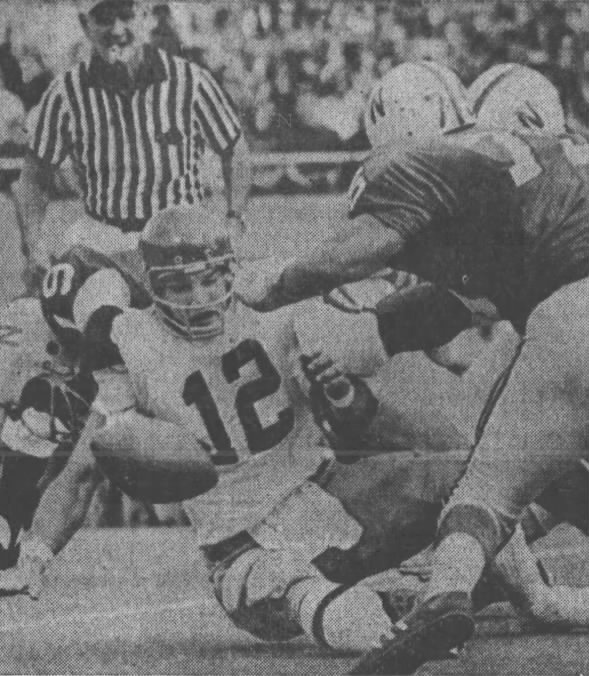