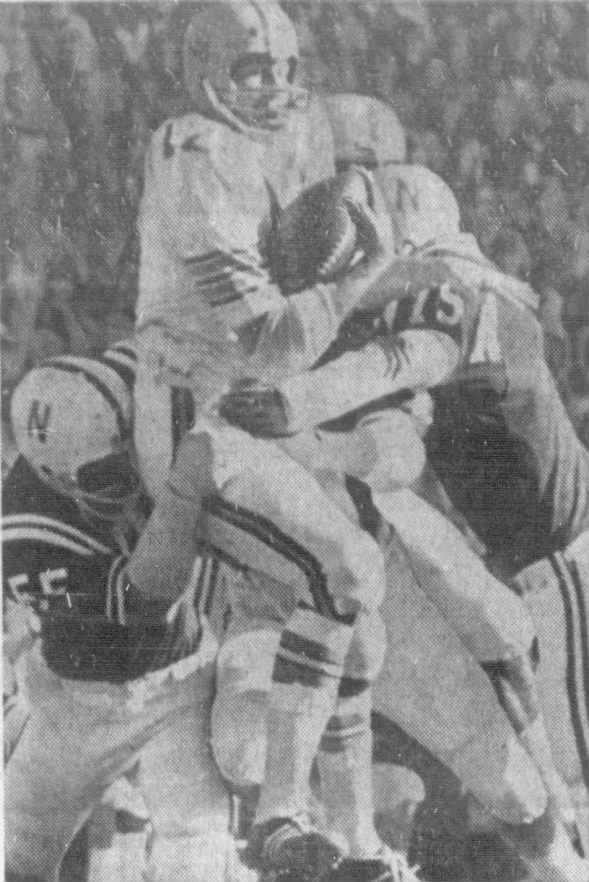 Nebraska closed its home season by blasting Iowa State, 37-0, for the Huskers’ third Big 8 shutout.
A roaring crowd of 67,201 fans watched the Huskers win their 19th straight game and their 28th game without defeat as they boosted their Big 8 record to 5-0.

Rodgers got the first Husker TD with a 10-yard run in the first quarter, but it was his second-quarter punt return that broke the game open. It was one of the most colorful and dramatic runs in NU history as Rodgers cut, twisted, turned and finally blasted into the end zone.

Nebraska’s 19 seniors wound up their NU home careers with a Memorial Stadium record of 18-1-0 and boosted their total mark to 29-2-1.

H’MAX NOTES: Defensive end John Adkins set up NU’s first TD with the theft of a Dean Carlson pass, which he returned 19 yards to the ISU 44. … The Huskers settled for a field goal on their first drive after a Jeff Kinney TD run was nullified by a holding penalty. The drive began with a 58-yard run by fullback Bill Olds. … ISU tailback George Amundson, the Big Eight’s second-leading ground gainer, had 83 yards rushing. He also spelled Carlson briefly at quarterback.