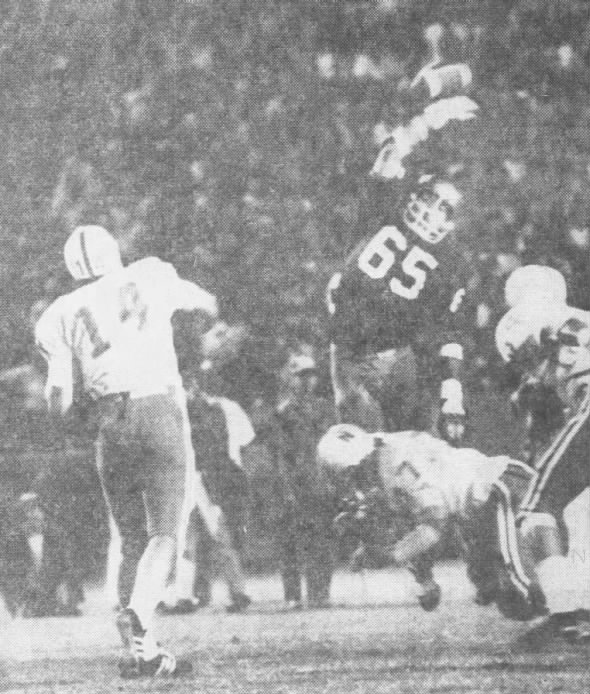 Nebraska’s No. 1-ranked Cornhuskers visited the Island of Oahu in Hawaii, enjoyed the sunshine and Waikiki Beach — and came home with a 45-3 victory for a perfect 12-0-0 season.

It was Nebraska’s 31st straight game without a loss and the Huskers’ 22nd straight win, setting up their second “battle for No. 1” of the season, this time against Alabama in the Orange Bowl.

Hawaii’s Rainbows gave the Huskers a spirited contest, but the Big 8 champions simply overpowered the hosts while some 8,000 red-clad boosters cheered their efforts.

Rich Sanger kicked a 32-yard field goal to get the Huskers rolling early and Dave Mason’s interception and 25-yard run for a touchdown made it 10-0. Jerry Tagge then hit Jerry List for an 80-yard TD play and NU led, 17-0, at the quarter.