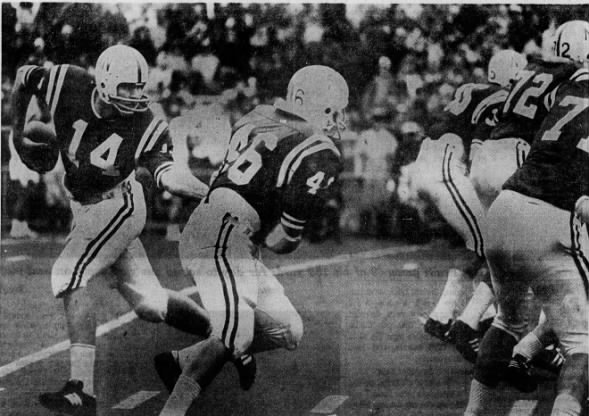 Faced with their first big challenge of the season, the No. 1 ranked Nebraska Cornhuskers ripped Colorado, 31-7, before 67,766 rain-soaked fans and a national television audience of millions.

It was Nebraska’s 27th game without a defeat and the Huskers’ 18th consecutive victory, and it rushed NU’s Big 8 record to 4-0.

Nebraska, paced by the running of Jeff Kinney, the passing of Jerry Tagge, the kicking of Rich Sanger and its usual rock-ribbed defense, put the Buffs away with a 24-point first half.

So tough was the Husker defense that Colorado managed only 108 yards rushing, 52 yards passing and one broken-play touchdown.

Kinney got the Huskers rolling in the first quarter after John Adkins recovered a fumble at the CU 16. Kinney carried twice, the second time for a 11-yard TD.

Dave Mason’s interception set the stage for a 65-yard TD drive, with Tagge hitting Maury Damkroger with a five-yard scoring pass and a 14-0 lead in the second quarter. After CU pulled up 14-7, Tagge drove the Huskers 75 yards and scored from the one. Sanger’s 27-yard field goal made it 24-7 at halftime.

Nebraska capitalized on Cliff Branch’s fumbled punt in the third quarter, with Kinney capping the 25-yard march with his second TD. He led all rushers with 81 yards. 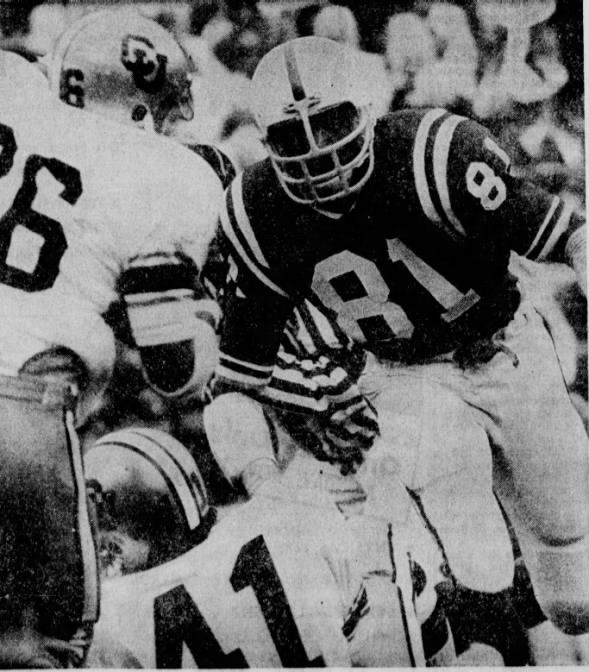 With the first of his three receptions, junior Johnny Rodgers broke the school record for career catches. … The Huskers had eight tackles for losses. Bob Terrio had 13 tackles and Rich Glover 12. … CU tailback Charlie Davis was the Buffs’ top offensive weapon, gaining 76 yards on 17 carries. … The Huskers tried an onside kick after their first touchdown, but the ball traveled only 3 yards. CU couldn’t capitalize on the excellent field position. …