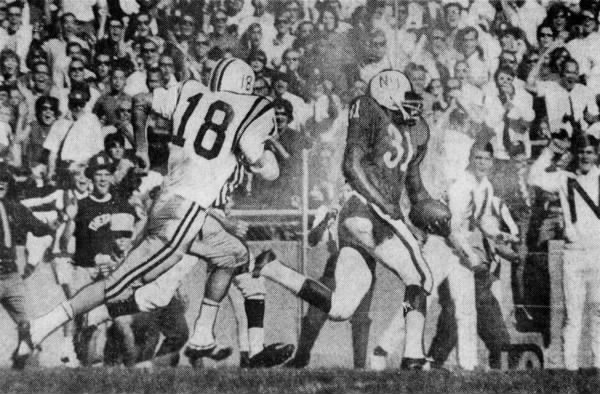 Sophomore Joe Orduna broke up a titanic defensive battle with a 25-yard touchdown run in the third quarter to give the Nebraska Cornhuskers a 7-0 win over Minnesota in the home opener.

Memorial Stadium bulged with 65,347 fans as the teams battled furiously to a scoreless halftime rest. Both teams had serious drives blunted, and both missed field goal attempts.

But early in the third period, Frank Patrick engineered a drive from the Husker six-yard line, hitting four of five passes and getting some fine running from fullback Dick Davis.

With a first down at the Gopher 25, Orduna shot through left tackle and broke into the clear for the clinching touchdown as 4:45 flashed by in the third quarter.

Nebraska missed a golden opportunity in the fourth quarter after penetrating the Gophers’ 10 yard line. A handoff from Patrick to Ben Gregory went awry, and Minnesota pounced on the pigskin at the 7. 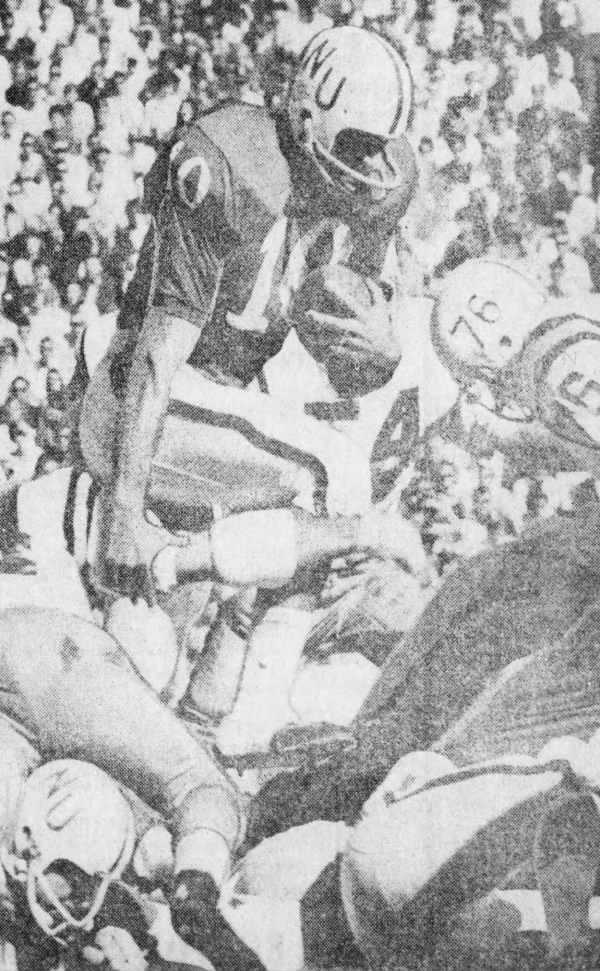 H’MAX NOTES: It a rough day for the placekickers. Nebraska’s Bill Bomberger missed on three field goal attempts, and Minnesota’s only scoring threat fizzled when Bob Stein missed a 33-yard try in the second quarter. … For the Huskers’ second consecutive game, there were three quarters with no scoring. … It was the Huskers’ 20th consecutive home victory.