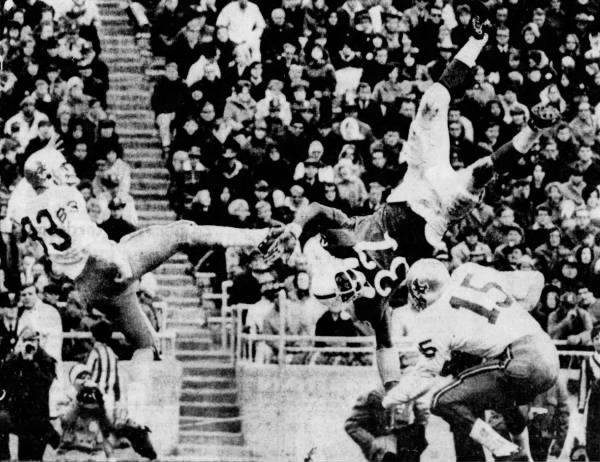 Supposedly weak Iowa State was anything but docile as the Nebraska Cornhuskers had to labor long and hard to pull out a 12-0 win for their second straight shutout.

Again the defense sparkled, limiting the Cyclones to a minus-5 yards rushing and a total offense net of only 82 yards. But Iowa State’s defense also refused to buckle.

Nebraska scored early, thanks to a fumble recovery at the Cyclone 7 in the opening minutes, as Bill Bomberger kicked a 23-yard field goal. It stayed 3-0 until late in the third quarter when Frank Patrick capped a 41-yard drive after a pass interception with a one-yard TD punch.

When the Cyclones fumbled the subsequent kickoff, Nebraska got the ball at the ISU 27 but couldn’t power the ball in. However, after the Huskers stalled at the one, Cyclone Ben King was tackled in the end zone by Frank Avolio and NU got two more points.