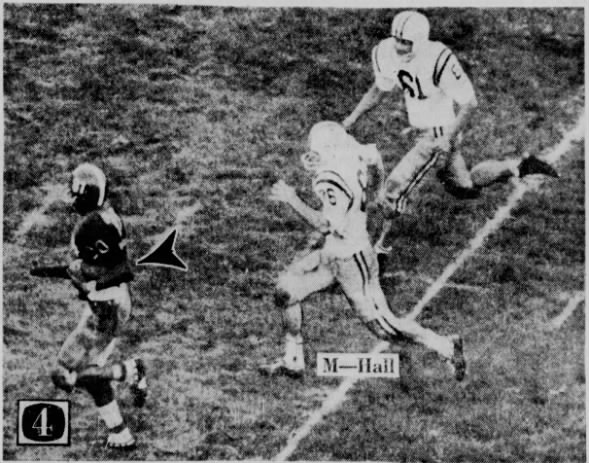 Thunder Thornton heads for the end zone late in the third quarter for the Huskers’ first score · The Lincoln Star · Newspapers.com

One week after upsetting Texas in Austin, the Huskers were dominated at home by Minnesota.

The Gophers built a 26-0 lead, then fended off a Nebraska rally. Bill “Thunder” Thornton’s 57-yard touchdown run and Gary Toogood’s 28-yard return of an intercepted pitchout made the final score more respectable.

The Huskers had nearly as many turnovers (four) as first downs (six), and it was the fourth consecutive game Nebraska scored exactly 14 points.