Nebraska was only the third Big Six team to play in a post-season bowl game, but the Cornhuskers made their first bowl trip a memorable one with an invitation to the granddaddy of them all — the Rose Bowl.

Coach Biff Jones’ Cornhuskers led Clark Shaughnessy’s Stanford Indians twice in the first half, but fell victim to the innovative T-formation 21-13. The Huskers took a 7-0 lead just six plays after the kickoff when fullback Vike Francis plunged over from the two. Stanford tied it four plays later when Hugh Gallarneau bolted over from nine yards out.

In the second quarter, the Huskers took the lead again on a 33-yard Herm Rohrig-to-Allen Zikmund pass, but the Indians came back on Frankie Albert’s 40-yard TD pass to Gallarneau for a 14-13 halftime lead. A 39-yard TD punt return by Pete Kmetovic iced the game for the Indians in the third quarter. 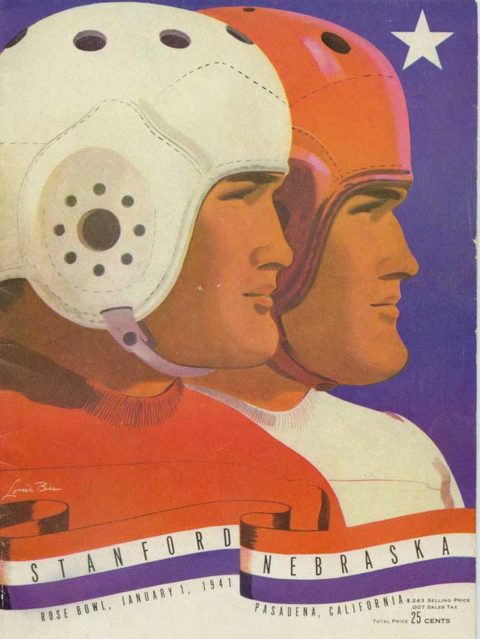 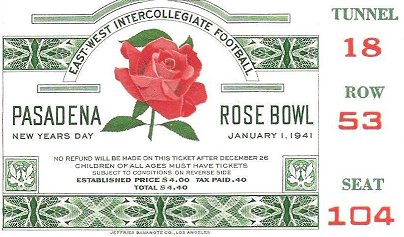 The wreck of Nebraska’s hopes was due to Stanford’s possession of that pair of backfield wizards — Albert and Kmetovic.

Speed did it. Speed blended with deceit as impossible to follow as lightning’s flickering, darting traceries.

Kmetovic is the best halfback I have seen since the start of 1940 football season. And I saw just about all the good ones.

How can you beat a club that on fourth down on the 45 yard line — at the start of the second quarter! — runs instead of punts? And makes 22 yards!