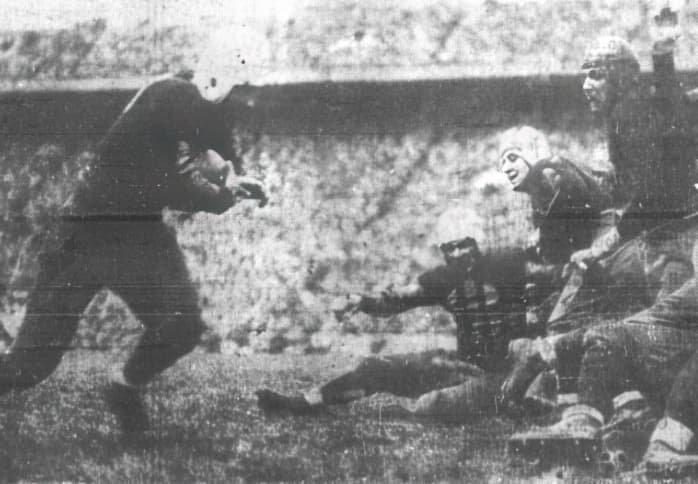 It was the Glenn Presnell Show as Nebraska used its superior running and punting games — plus a stifling defense — to put away a pass-happy Syracuse squad, 21-0.

Nebraska’s all-conference senior halfback rushed for 93 yards and two touchdowns in the first half before letting his backups take over in the final 30 minutes.

Harold Baysinger did most of the ball-slinging for the Orangemen, completing 11 of 28 passes for 120 yards, but seven were intercepted. (That ties Lynn Dickey’s seven picks in 1970 for a Memorial Stadium record.)

Baysinger’s passes traveled as far as 70 yards in the air, according to newspaper accounts. Five of his interceptions occurred in the fourth quarter as the Orangemen tried again and again to get onto the scoreboard. His arm strength and perseverance earned him an ovation from Husker fans as he left the field at game’s end.

Presnell’s touchdowns came on runs of 6 yards and 1 yard. In the third quarter, a 7-yard pass from Willard “Dutch” Witte to George Farley completed the Huskers’ scoring after John Brown returned a punt from midfield to the Syracuse 30.

That score capped a brief sequence of highs and lows for Witte.

With the Huskers near midfield and holding a 14-0 lead, Witte put a scare in the home crowd by throwing an apparent pick-six. Luckily, a Syracuse offside penalty nullified that, but Witte on the very next play turned the ball over to Syracuse on a fumble.

Now on defense, Witte immediately redeemed himself by intercepting a Baysinger pass. As if that weren’t enough, Witte’s punt a few plays later pinned the Orangemen at their own 3. That quickly led to a Syracuse punt, Brown’s return and the Witte-to-Farley touchdown. 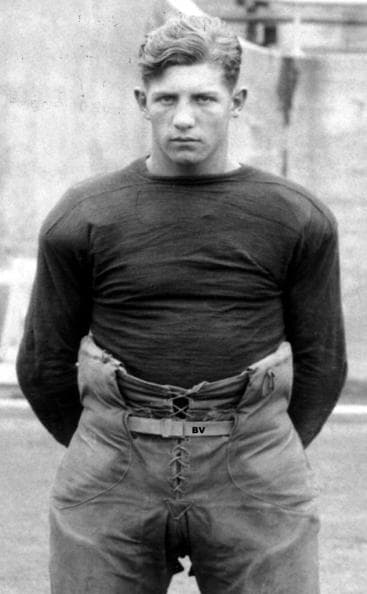