After postponements in October (war-related) and early November (flu-related), the highly anticipated Notre Dame-Nebraska game of 1918 finally happened on Thanksgiving Day on a soggy field in Lincoln. The Nebraska yearbook provides this description:

“On a field which was nearly as wet as it was in the long-to-be-remembered Jayhawk-Cornhusker battle, Nebraska, in their Thanksgiving Day fray, held the far-famed Notre Dame eleven to a scoreless tie. A light snow had fallen during the night, and the crowd was not up to the usual Thanksgiving standard.

“Nebraska played a strictly defensive game, punting out of danger rather than attempting to advance the ball by line plunging or end runs. Dobson practically alone defended Nebraska’s goal with his punting. He kicked the ball in Nebraska’s defense fifteen times during the game and clearly was far superior to Gipp, who did the kicking for the visitors. Nebraska only carried the ball sixty yards as against 177 for the Catholics, and nearly half of these were by the aerial route. The ball was kept in Notre Dame’s territory practically the whole game by Dobson’s accurate kicking.”

Nebraska punted 18 times during the game and finished with just nine net yards of offense and no first downs by the Omaha World-Herald’s count. Though it was “sixty minutes of scoreless, uninteresting football” in the Lincoln Star’s view, a tie against an opponent of Notre Dame’s stature was far better than a loss. 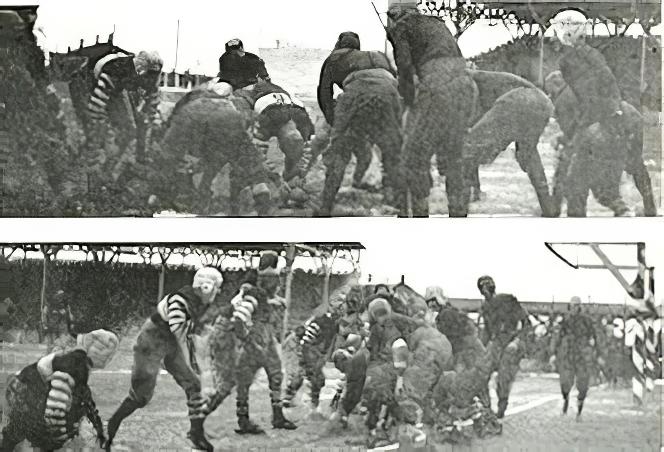 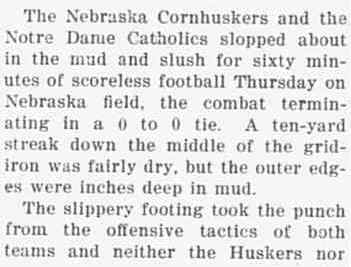 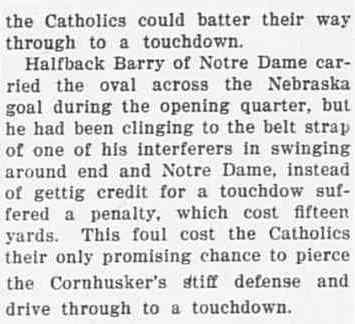 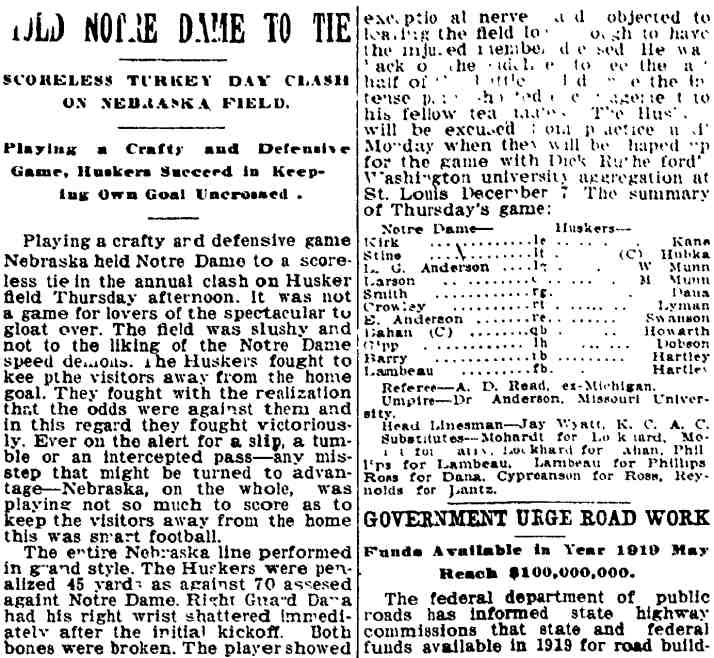 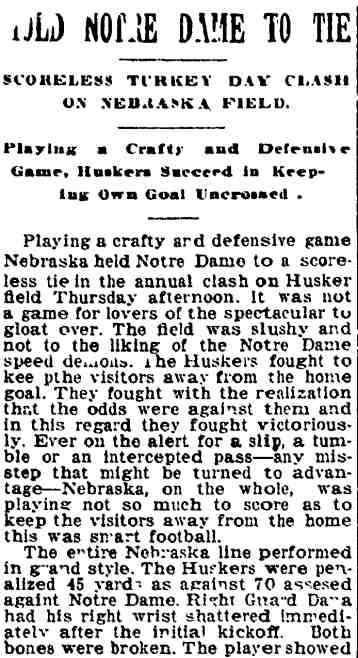 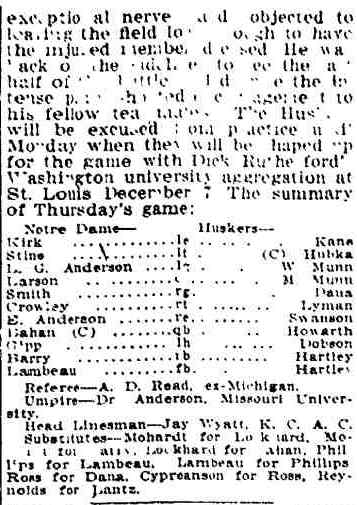 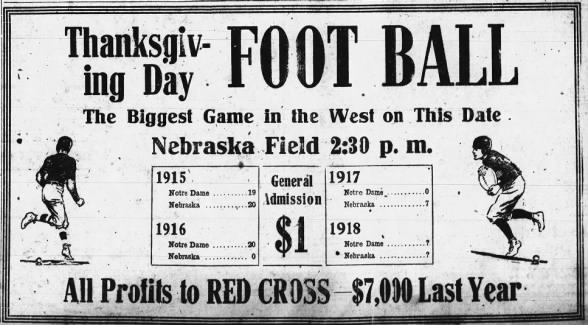 The Nebraska Cornhuskers and the
Notre Dame Catholics slopped about
in the mud and slush for sixty minutes of scoreless football Thursday on
Nebraska field, the combat terminating in a 0 to 0 tie. A ten-yard
streak down the middle of the gridiron was fairly dry, but the outer edges were inches deep in mud.

The slippery footing took the punch
from the offensive tactics of both
teams and neither the Huskers nor
the Catholics could batter their way
through to a touchdown.

Halfback Barry of Notre Dame carried the oval across the Nebraska
goal during the opening quarter, but
he had been clinging to the belt strap
of one of his interferers in swinging
around end and Notre Dame, instead
of gettig credit for a touchdown suffered a penalty, which cost fifteen
yards. This foul cost the Catholics
their only promising chance to pierce
the Cornhusker’s stiff defense and
drive through to a touchdown.