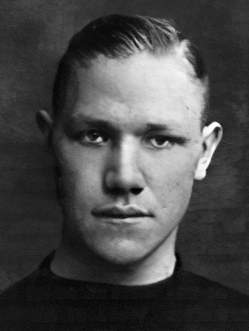 Squandered opportunities were the sad story of the day for Nebraska as the Cornhuskers fell to the Camp Dodge squad from Iowa, 23-7, despite owning a 2-to-1 yardage advantage.

As the fourth quarter began, Nebraska held a 7-6 lead. Then the Dodgers, happy to be just a point behind after being outplayed for most of the first 45 minutes, rose up and took control, and the Huskers were helpless to stop them.

A drop-kick field goal from the Nebraska 35 gave the visitors a 9-6 lead early in the final period. Then a 60-yard pass play from Ralph Movald to Danny Caughlin made it 16-7, and Nebraska was officially on its heels. The 17-point explosion was completed with a 62-yard run by Caughlin.

Before that late uprising, the teams had managed one touchdown apiece, and only because of botched plays in the punting game.

Camp Dodge scored in the first quarter when Nebraska’s Harry Howarth misfielded a punt and the Dodgers recovered the ball in the end zone. In the third quarter, Nebraska blocked a Camp Dodge punt and Herbert Dana covered the ball behind the goal line.

Nebraska at that point had a one-point lead thanks to Howarth’s PAT, but it could have been so much worse for the Dodgers.

During the first half, the Huskers marched up and down the field while Camp Dodge failed to gain a single first down. But the Dodgers kept Nebraska out of the end zone, and that’s what mattered.

Nebraska got to the Dodgers’ 15 on its first possession, where a holding penalty killed the drive. In the second quarter, a 60-yard drive went for naught when the Huskers turned the ball over on downs at the 1. Later in the period, Nebraska possessions fizzled at the 7 and the 5.

Even the Huskers’ third-quarter touchdown was the result of their own blown opportunity. Once again, Nebraska had come up short deep in Camp Dodge territory — this time by fumbling at the five-yard line — but when the Dodgers tried to punt out of trouble, the kick was blocked for the Husker score.

By the Daily Nebraskan’s count, Nebraska finished with 387 yards of offense to Camp Dodge’s 180.