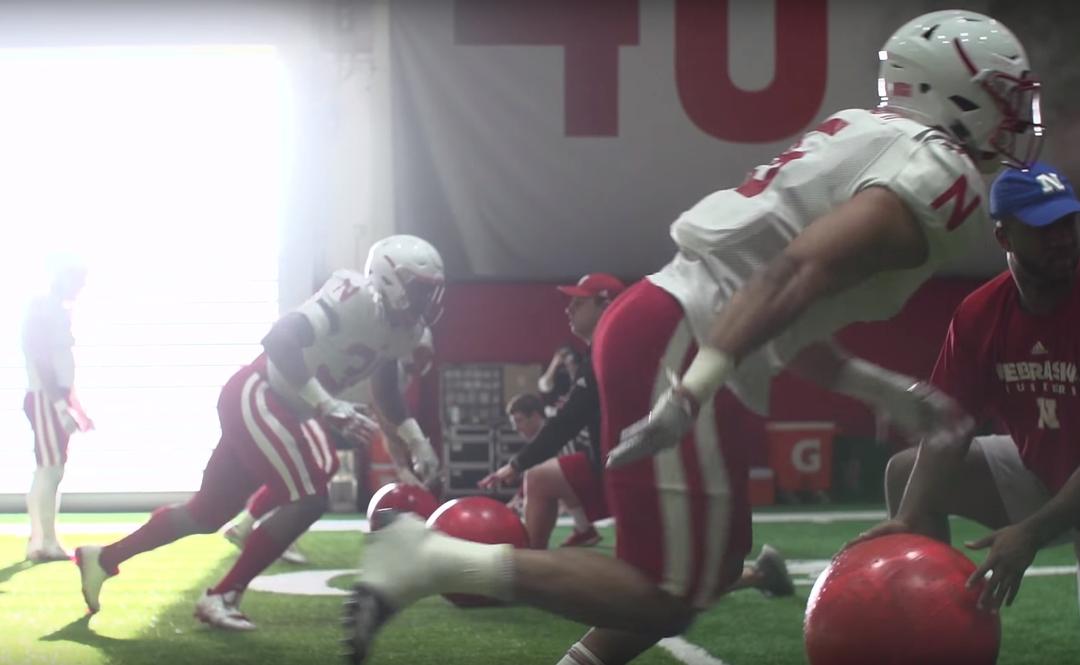 Nebraska will hold its annual Red-White Spring Game on Saturday at Memorial Stadium, with kickoff set for 11 a.m. The game will be carried live on the IMG Husker Sports Network and televised live to a national audience on BTN.

The spring game sold out originally in just more than 24 hours, and last week there were more than 9,500 requests for 1,000 tickets made available in a public lottery. With a capacity crowd expected on Saturday morning, fans are encouraged to consider the reminders below and arrive early.

Fans are also encouraged to remain in their seats at halftime of the Red-White game, as members of Nebraska’s 2017 national championship volleyball team will be presented their championship rings.

The following information should be of assistance for those planning to attend Saturday’s game.

• Nebraska Athletic Development & Ticketing (Stadium Drive Parking Garage) will open on Saturday at 8 a.m. The game is sold out, but the office will be open for will-call ticket pick-up and to assist with any game-day ticket issues.

• Fans are reminded that everyone in attendance at the Red-White spring game must have a ticket, regardless of age (no lap tickets for children under the age of 2 will be available).

• Fans are encouraged to enter the gate printed on their ticket for easiest access to their seating location, but may use any gate that is open. Fans should be aware the following gates will not be available for entrance on Saturday—Gates 6, 8, 17, 19, 21 and 22. Gates 1, 18 and 23 will close shortly after kickoff.

• UNL Parking Services will cashier Lot 9 (14th and Avery Parking Garage) and other campus lots for public parking. The charge will be $5 per vehicle, and University donor and cashiered lots will open at 7 a.m.

• The 14th and Salt Creek Roadway Parking Garage (Lot 9) will serve as the primary cashiered parking option for ADA accessibility.

• Public parking will be available at Haymarket Park and the Pinnacle Bank Arena festival parking for $10.

• The University of Nebraska is now a tobacco free campus. The policy is posted at www.unl.edu/tobacco-free-2018.

• STARTRAN will be providing shuttle service from South Pointe Pavilions (27th and Pine Lake) and North Star High School (5801 No. 33rd Street). Buses will park in close proximity to Memorial Stadium. Shuttles begin at 9 a.m., and cost is $5 per adult each way and $5 round trip for kids.

• The Husker Nation Pavilion (HNP) will be open from 8 a.m. to kickoff in the normal Pavilion location by the Hawks Championship Center. Inflatables, face painting and other family friendly options will be available in the Pavilion area. Athletic department officials will monitor the weather and any potential changes that might be necessary to the Pavilion schedule and activities.

• Within the Husker Nation Pavilion, the First National Bank Autograph Zone will feature current NFL Huskers including Lavonte David, Prince Amukamara and Will Compton from 9-10 a.m.

• The Nebraska volleyball team will be signing autographs at the Ed Weir Outdoor Track from 9:30-10:30 a.m. While this area is adjacent to the Husker Nation Pavilion, it is not located within the Pavilion. Fans should enter at the West end of the Ed Weir Track between the Hawks Championship Center and Memorial Stadium, and event staff members will direct those to the volleyball autograph line.

• Rosters for the game will be available at concessions stands throughout Memorial Stadium for $1.

• The game can be seen live on BTN and BTN2Go, beginning at 11 a.m. Nebraska graduates Kevin Kugler, Ameer Abdullah and Damon Benning will be on the call for BTN.

• In addition to the Drug Free Pledge, fans are also encouraged to be in their seats for the national anthem at approximately 10:50 a.m. The anthem will include an American Flag in the shape of the continental United States. The anthem is being performed by an 80-person barbershop chorus.

• To help create a safe postgame experience and minimize the conflict of vehicle and foot traffic, if fans are returning to the Haymarket area postgame, they are asked to utilize the city’s preferred walking path on T Street (SW Stadium), crossing 10th and 9th street which is the most direct and safest path back into the Haymarket business district.

• Text Messaging Service – For fan assistance, text to 69050 and start your message with UNLPD.  Standard text message rates will apply.  Texts are received by Stadium Operations and a response will be initiated.  If you See Something, Say Something by utilizing this service or contacting the nearest police officer or event staff member.