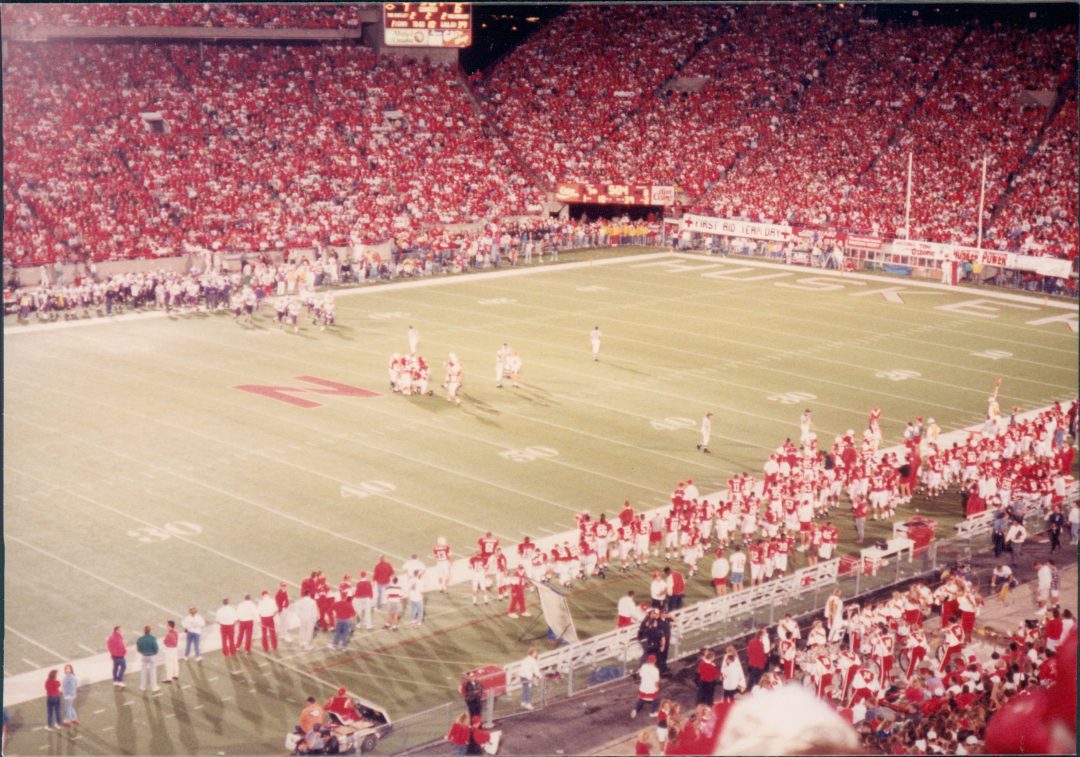 Almost from the moment he was hired as head football coach Dec. 2, Scott Frost started talking about the need to improve Nebraska’s walk-on program, and beef up the roster. That quickly led to questions about how Title IX regulations would affect the process. Seven months later, those questions have yet to be clearly answered, but football roster numbers have climbed dramatically.

When he announced his first Nebraska recruiting class Feb. 7, Frost said his goal was to build the roster to about 150 players, “or maybe a little bit more.” I don’t know of any college football program with those numbers anymore — for some eye-opening comparisons, read on — but then again, Frost is someone who tends to innovate, rather than imitate, and he’s sending out the call for troops once again. Frost and his staff have visited numerous small towns, hit the Omaha Metro area hard and are generally mending relationships with Nebraska high school coaches.

During harvest season on Nebraska farms, it’s all hands on deck, as every able-bodied person pitches in to get the crop to market. For decades, the same mentality prevailed among Nebraska high school boys who dreamed of simply putting on a red jersey and running onto the field at sold-out Memorial Stadium. Most were not highly rated by recruiting services, but their main goal was to contribute to a winning tradition. Along the way, many worked their way into the starting lineup.

The value of a healthy walk-on program is self-evident to Cornhusker fans who remember how it fueled championships during the Devaney-Osborne era, but maybe these days, it needs to be reiterated. It makes sense to have a high percentage of the roster from Nebraska, because home-grown passion for the Big Red translates into a top-level work ethic, which helps motivate four-star scholarship athletes from from across the nation every day in practice. What’s more, it’s a good thing to have a lot of diehards on the roster when adversity strikes.

The success of Husker football during the 1990s, when large numbers of starters were Nebraska natives, testifies to the importance of convincing the state’s best athletes to stay home. That’s why so many were encouraged by Frost’s statements about walk-ons. Athletic Director Bill Moos made it evident he supported the idea, but issued this obligatgory disclaimer in mid-December: “I’ve got to get a feel for where we are right now in regards to compliance to the gender equity piece.” His only public comments on the topic since December came during last month’s Husker Nation tour, when he said the athletic department would find a way to get the Husker roster to 150. He is keeping his word, as we’ll soon see.

Title IX became federal law when it was passed by Congress and signed by President Richard Nixon in 1972. It states simply, “No person in the United States shall, on the basis of sex, be excluded from participation in, be denied the benefits of, or be subjected to discrimination under any educational program or activity receiving Federal financial assistance.” In the nearly half-century of rulings and court cases that have followed in its wake, three main tests have emerged as a way for a school to prove its compliance:

• The “proportionality” test, which generally has been interpreted to mean that if 50 percent of the student body is female, then roughly 50 percent of that school’s varsity athletes should be female. This is the most commonly used test, although in my opnion, it is inherently flawed. (Maybe I’ll delve into that topic in a future column.)

• The “gauging interest” test, which seems to be the murkiest and least used of the three. In its simplest form, it means taking a survey of the student body. If the above-mentioned 50/50 campus issues a survey, and only 20 percent of women indicate interest in being a varsity athlete, while 40 percent of its men indicate interest, it would seem to allow for a significantly higher percentage of males on varsity rosters.

• The “expanding opportunities” test, which allows a school to show a history of expansion of opportunities for the “under-represented” gender. NU has an excellent track record here.

Consistent sellouts at Memorial Stadium generated enough revenue over the years for the university to renovate the Bob Devaney Sports Center, making it an intimate setting for volleyball while more than doubling the seating capacity of the old NU Coliseum. This happened before NU became a fully vested member of the Big Ten and started pocketing the recent windfall from TV contracts. It makes sense financially, and attendance has proven it. Because of its extra capacity and constant sellouts, the volleyball program now operates in the black, a rarity for any women’s collegiate sport. But NU has expanded opportunities for female athletes far beyond volleyball.

Since 1993, Nebraska has added women’s soccer (1994), bowling (1997) rifle (1998) and beach volleyball (2013). It upgraded the softball facilities, dedicating Bowlin Stadium in 2006. It upgraded the soccer facilities, dedicating Hibner Stadium in 2015. Currently, there are 13 Cornhusker women’s sports. Just nine men’s sports remain at Nebraska after the men’s swimming program was disbanded in 2001. However, according to a recent HuskerOnline story by Robin Washut, it appears Moos buys into the “proportionality” argument, and plans to add another women’s sport at NU while gradually boosting the football roster to 150 over the next few years.

The equity created by the Nebraska football program’s 40 years of consistent success (1962-2001) is a major reason its women’s sports have succeeded to the extent they have. It’s no wonder that Moos and Frost want to rebuild that equity. Of course, having one of the best volleyball coaches in the history of the sport doesn’t hurt either. Neither does having a Hall of Fame-softball coach, and solid coaching in women’s basketball, gymnastics and bowling, and an upsurge of female athletic talent in Nebraska over the last two decades. And yet it would not help Cornhusker women’s sports one iota if Title IX regulations — or more accurately, the misinterpretation of Title IX regulations – are allowed to hamstring the attempt to upgrade the number of football walk-ons.

And the upgrade is certainly happening. The current Husker football roster (as of July 5) shows 145 players, which is up sharply from the 129 players shown on the HuskerMax 2017 NU roster, which was the high-water mark of Mike Riley’s three years. Frost’s current roster includes 59 Nebraskans. Of those Nebraskans, 22 are true freshman walk-ons and 13 are redshirt freshman walk-ons. Of course, some attrition is likely by the end of fall camp.

Compare that to these Big Ten schools’ spring 2018 football rosters: Wisconsin (104), Michigan (112) and Ohio State (99). Why are their rosters so much smaller? Possibly, Paul Chryst, Jim Harbaugh and Urban Meyer share Bill Callahan’s theory that it’s easier to work with a smaller roster. You can argue that Michigan and Ohio State make up for smaller numbers by getting better athletes, but that argument cannot be made for Wisconsin, which is clearly beating the Big Ten West with superior player development.

Looking back a bit farther at the history of Nebraska rosters, we see that Bo Pelini’s last team in 2014 had 131 players. Callahan, who is infamous for de-emphasizing the walk-on program, had only 103 total players on his 2006 roster, which was a stunning decline from Frank Solich’s 193-man roster in 1999, the last year the Huskers won a conference championship in football.

Tom Osborne had a 179-man roster in 1995, which included an astounding 81 freshmen (both true freshmen and redshirt freshmen). Bob Devaney’s rosters were much smaller, but by rule, did not include freshmen.

It’s doubtful that Frost will ever build his roster numbers to 1990s levels, especially when you consider how college tuition costs have skyrocketed in the last two decades, but he’s already succeeded in that regard beyond what most college football observers would have predicted. When your state has the second-smallest population of any state with a Power Five school and when it signs precious few five-star recruits, it makes sense to get as many walk-ons as possible in hopes that you’ll develop two or three extra difference-makers. It appears to be part of a plan to use innovative offensive and defensive strategy while turning back the clock to recapture a vital piece of the Huskers’ heritage.