Travis Justice and Rob Zatechka tackle a lot of the major questions and concerns fans have about the first two games. Listen to the entire podcast here.CLICK FOR FULL PODCAST
Continue On
Tag: Husker Doc Talk 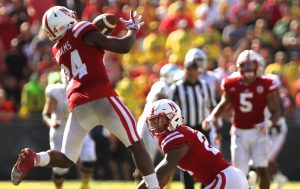 After giving up 42 points in the first half, the Huskers held Oregon scoreless the rest of the way with help from this Aaron Williams interception, but a late turnover foiled Nebraska’s rally. Get all the coverage, commentary and multimedia on the game page.
Continue On
Tag: Nebraska @ Oregon 2017

Did you ever have one of those dreams where you’re almost safely home, but out of nowhere, a pursuing monster comes closer and closer, and the harder you run, the slower you move? Yeah, a real B-film climax. That’s what Nebraska-Arkansas State degenerated into. Luckily for Nebraska fans – at least the ones who stayed to the final play –…
Continue On
Tag: Arkansas State @ Nebraska 2017 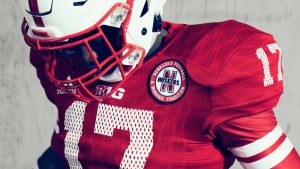 The Huskers’ alternate uniforms for 2017 have a mesh look that pays homage to the 1997 national championship team. They will be worn in the Oct. 7 game against Wisconsin. From University of Nebraska Athletics: The University of Nebraska and adidas Football today unveiled the new Husker '97 alternate football uniform, which will be worn Saturday, October 7 vs. Wisconsin.…
Continue On
Tag: Wisconsin @ Nebraska 2017

Whites defeat Reds 20-6; Garcia leads upset Lincoln, Nebraska—(May 3, 1975)—Behind the quarterbacking of sophomore Randy Garcia, the White squad upset the favored Red team 20-6 before 19,429 fans at Nebraska's Memorial Stadium. From the very start of the contest, the Red team, featuring the Huskers' top players, was dominated by the underdog White squad. The opening kickoff went to…
Continue On

Stryker: Great moments reborn while examining the Huskers by number

Memorable moments are like cherished snapshots, and Husker football history is filled with them. As I look back at my favorite Nebraska football moments of all time, it quickly becomes obvious that not many of them took place last fall, but there’s one I’ll always remember. Although wins over Michigan State and UCLA were the highlights, and the Tommy Armstrong-to-Brandon…
Continue On 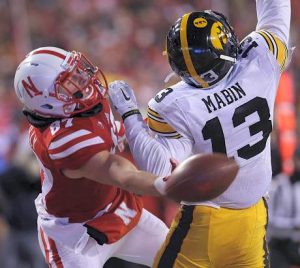 Never underestimate the value of a quarterback who doesn’t beat himself and a defense that does not allow big plays. They made all the difference Friday as Iowa won its 12th consecutive game and kept itself in the hunt for the College Football Playoffs with a 28-20 win over Nebraska. The Hawkeyes were impressive in their refusal to buckle under…
Continue On 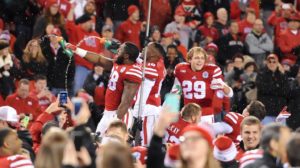 Stryker: Huskers party on after snatching victory from unbeaten Spartans

If you’ve ever watched a late-night party at Memorial Stadium, it’s like nothing else you’ve seen. If you were there in the gigantic old concrete cathedral Saturday night, you won’t soon forget it. It was a scarlet soiree. The Red Sea pitched and rolled in time with the high-decibel music that echoed through the house. The student section rocked. The…
Continue On 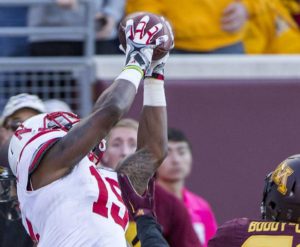 Nebraska football fans still remember what a clean, consistent effort on offense looks like, and they were overjoyed to see one Saturday in Minneapolis. Making any conclusions beyond that would be premature, but there’s no denying that at least for one day, the Cornhuskers kept their focus, and took a step toward healing. Is this the new normal – this…
Continue On 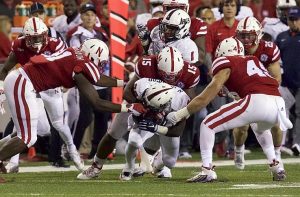 With three starters standing on the sidelines, the Blackshirts’ health took an uptick Saturday night against South Alabama. Small wonder – they had their heart back. Nebraska’s 48-9 victory over USA went about as well as it should have. The offensive line showed some promise, springing Terrell Newby for 198 yards and three touchdowns. Sophomore placekicker Drew Brown made both…
Continue On 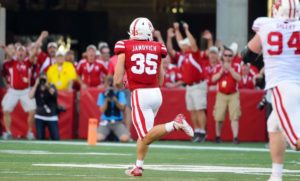 Going into the season, the book said that Mark Banker’s defense, geared to stop the run, would be a good fit for the Big Ten West, with its lack of good passers. The book said you should make Joel Stave beat you with his arm. So much for the book. Stave found a way to do exactly that Saturday as…
Continue On 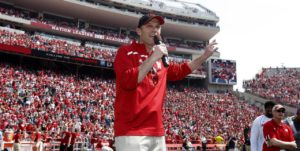 Tommy Armstrong led the Nebraska offense last fall for Bo Pelini. Barring injury, he’ll do the same for Mike Riley this fall. It’s difficult to draw many solid conclusions from a spring football game, but here’s one. After weeks of hearing about A.J. Bush closing the gap on Armstrong in their race for the starting quarterback spot, Armstrong still has…
Continue On 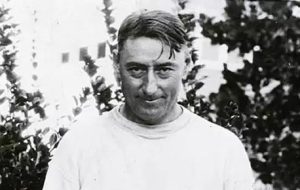 “Close the Gates of Mercy”

Coach Francis Schmidt earned his unusual nickname by running up the score with a wide-open offense in the era between the two world wars. He’s in college football’s Hall of Fame, yet few Nebraska fans today seem aware of this innovative former Cornhusker.
Continue On 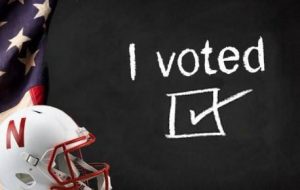 Chime in on the latest Husker topics on our polls page. A new question is released every Monday and Thursday. Submit your best questions at huskermax@squareoffs.com
Continue On
« Previous 1 … 14 15 16