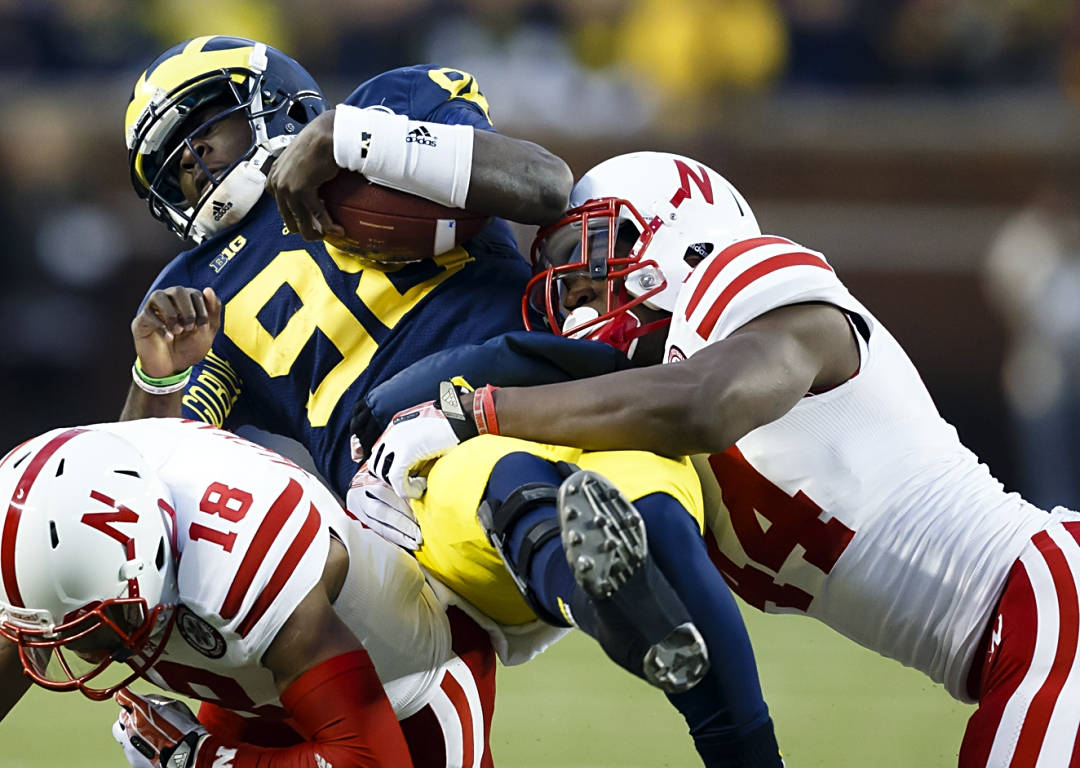 Nebraska media outlets are weighing in with their own 2010s retrospectives, all-decade teams and more. We are compiling them on this page to complement our own decade reviews.

HuskerMax has blended five publications’ all-decade Nebraska teams into a composite 2010s squad. The teams were selected by The Athletic,* HuskerOnline (1, 2), the Omaha World-Herald (1, 2),* the Daily Nebraskan and Husker247. In cases where Husker247’s three selectors disagreed, fractional votes were assigned in arriving at this compilation.

Fourteen of the 28 honorees appear on all five teams (++). Eight others are on more than half (+).

Randy Gregory (44) is one of 14 unanimous picks on the all-decade teams.
Spencer Long walked on and rose to stardom.
Cethan Carter made his mark receiving and blocking.
Taylor Martinez is a unanimous pick at QB
Ameer Abdullah was an under-the-radar recruit who put up record numbers as a Husker.