Best of the Decade: Individual record-setters 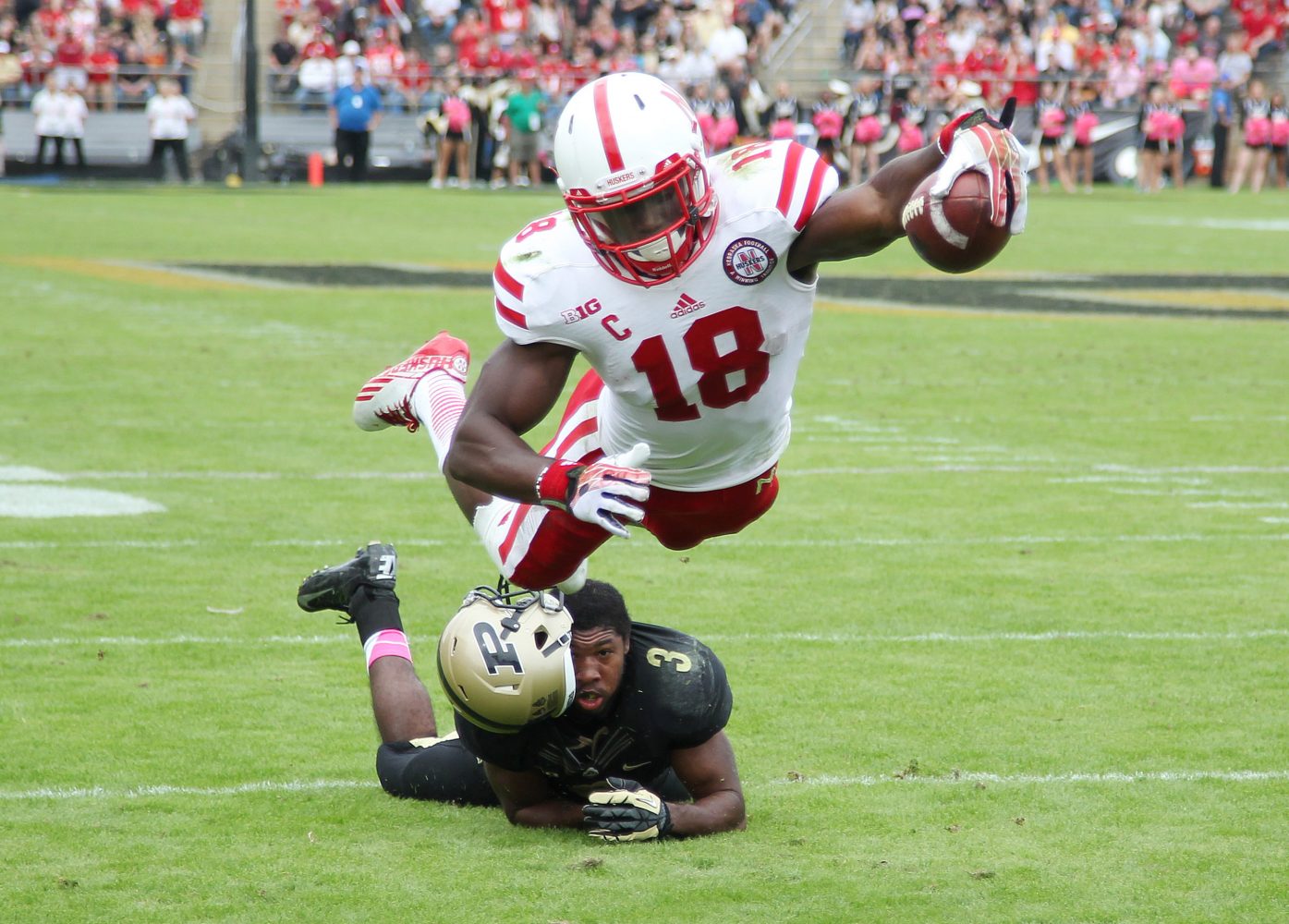 The Nebraska record book required frequent updates during the 2010s. Even as losses outnumbered wins in the decade’s latter half, players were posting chart-topping numbers.

In all, more than two dozen Huskers hold records for feats that occurred during the decade and/or for career totals that included at least one season in the 2010s.

We’ll start with these six who own at least a share of an NCAA Football Bowl Subdivision record:

A share of another kicking record belongs to DREW BROWN, who tied the NCAA mark for field goals in a half (5) against Southern Miss in 2015. (One of the co-holders of the record is Nebraska’s Dale Klein from 1985.)

TOMMY ARMSTRONG JR. and QUINCY ENUNWA teamed up to tie the NCAA record for longest pass play with their 99-yarder against Georgia in the Gator Bowl at the end of the 2013 season. (And yes, it was more like 99.7 yards.)

In another two-man feat, AMEER ABDULLAH and KENNY BELL set the NCAA record in a somewhat obscure category: most career all-purpose yards by two teammates. Their rushing, receiving and return yards from 2011 through 2014 added up to 11,266. Abdullah’s share was 7,186, while Bell’s was 4,080.

All of the above are of course Nebraska school records as well, but they won’t be repeated in the section below.

ROY HELU JR. broke Nebraska’s single-game rushing record with 307 yards against Missouri in 2010. His 142 yards in the first period that day is a school non-bowl rushing record for a quarter, and he did it with just three carries.

TAYLOR MARTINEZ‘s 2012 season is Nebraska’s high-water mark in three total-offense categories: yards (3,890), attempts (563) and touchdowns (33). His 92.86% pass completion rate against Arkansas State that year (13/14) is a school record for a game with at least 10 pass attempts. In 2010 against Kansas State, he rushed for 241 yards, a single-game record for Husker quarterbacks.

Combined, Armstrong and Martinez accounted for 20,859 yards of total offense, or 11.85 miles. They are the only Huskers with 10,000 career total offense yards. In fact, no other Husker has ever reached 8,000.

TANNER LEE played just one season at Nebraska but left as the career leader (12-game minimum) in passing yards per game (261.9) and total offense yards per game (253.8). When a 24-game minimum is applied, those records are held instead by Zac Taylor and Armstrong, respectively.

But like Bell, Morgan might soon get bumped from his perch in career catches and yards. Current Husker JD SPIELMAN needs just 20 catches and 201 yards next season to move up to No. 1. Spielman already owns the Nebraska records for receiving yards in a game (209 vs. Wisconsin, 2018), career games with at least 10 receptions (2), and career 200-yard receiving games (2 – and nobody else has any). In all-purpose yardage, Spielman’s 18.19-yards-per-touch average against Minnesota in 2017 is a Husker single-game record. His seven kickoff returns in that game ties the single-game high.

Position records were set at tight end by KYLER REED with eight touchdown catches in 2010, TYLER HOPPES with 34 receptions in 2017, and MIKE McNEILL with 82 career receptions from 2007 to 2010.

The single-season record for kick scoring belongs to BRETT MAHER with 119 points in 2012.

In other records involving special teams, NILES PAUL holds the school mark for career kickoff returns for touchdowns with two, including a 100-yarder against Oklahoma State in 2010. Against Iowa in 2014, DE’MORNAY PIERSON-EL averaged a single-game record 44.67 yards per punt return (minimum 3 returns). ERIC HAGG‘s 95-yard punt return against Texas in 2010 stands as the longest in school history. KIERON WILLIAMS tied a single-game record with two blocked punts against Southern California in 2014.

On defense, LAVONTE DAVID set the single-season Nebraska record for total tackles with 152 in 2010. He also broke up 10 passes in 2010, a school record for linebackers.

Several other position records on defense were tied or broken:

You may have noticed we have not included any class-specific records (e.g., most receptions in a season by a freshman). Why? Mainly because this thing is long enough already. If you’re curious about things like that, here’s the full record book to peruse, although the 2019 season isn’t included.

Our next installment will look at team-wide statistical records set during the 2010s. Spoiler alert: They were a much scarcer commodity than individual records.