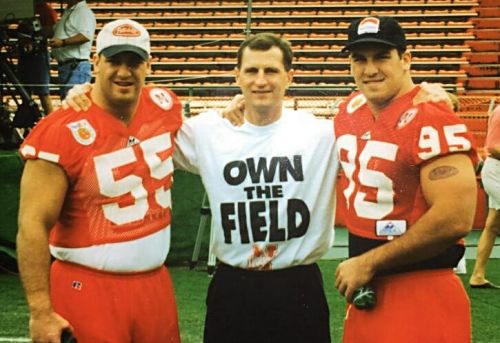 …the training room staff was a huge key to our success. Doak Ostergard, Jerry Weber and several others, obviously George Sullivan, you spent probably the second most amount of time at the stadium with them as you did with the coaches. They were there to help you get on the field, they were there to help heal your injuries, to work with you, to ensure you had every opportunity to be healthy in practices and games. Specifically Doak Ostergard, who’s now in a player liaison position with the university, just another great guy who you could go to share anything with. You’d ask him advice or whatever and he was always there to provide on more of a friend level giving you advice and direction when you needed it. – Aaron Graham 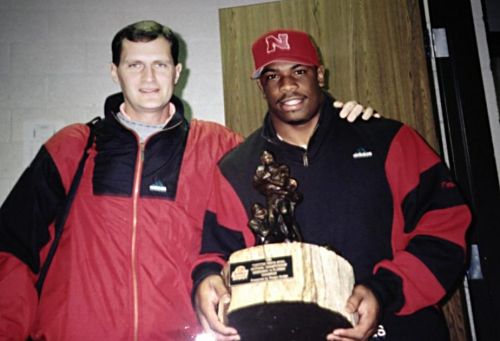 …those guys did an amazing job keeping us on the field… Doak was the guy who would get you on the field by hook or crook. Those guys always got you ready for practice and really took care of you… Doak just always had a way to get you out there…    – Chris Norris 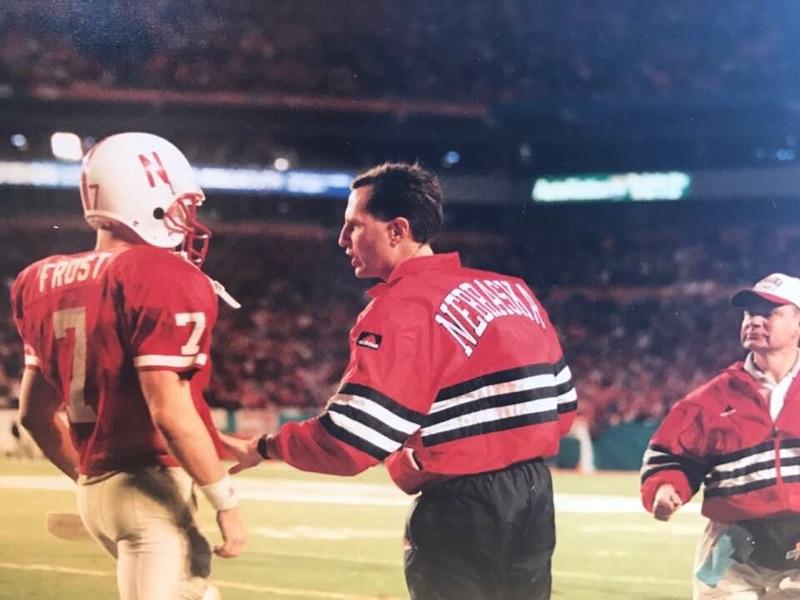 …one thing that affected me early on were guys like Doak Ostergard. Doak treated me -when I was a freshman and 8th on the depth chart- he treated me like I was starting the next game. And that’s something that I really appreciated from him, because I had some hamstring issues when I first came down there, and I remember Doak really being concerned and helping me out and things like that.  – Mark Gilman

Doak Ostergard. He was somebody who you could always go to. To sum Doak up would be: solid and reliable, always there for you. He’s what Nebraska football needs.   – Christian Peter

He did more than tape ankles and prepare ice baths…

Doak was another guy that was instrumental, liked to have a good time, play jokes on Coach Osborne and vice versa …he was a lot more than a trainer, he had a feel for the shit that was being flung around the training room, and if he felt something was pertinent he’d go share it with Coach Osborne. He was great at keeping a finger on the pulse of the team. –  Adam Treu

The man was a great sounding board…

Who kept it real. Really real…

…the guy that probably encouraged and kept it real more than anybody in the world is Doak. Doak was the only person, I would come in the next day and if I didn’t play well, Doak would tell me, he would not sugarcoat nothing. – Michael Booker

…a laid back guy, and he was also a straight shooter …he would also tell me some of the stuff that I needed to hear, and some of the stuff I didn’t want to hear. But I trusted him. He was a good guy. A good guy to trust. – Lorenzo Brinkley 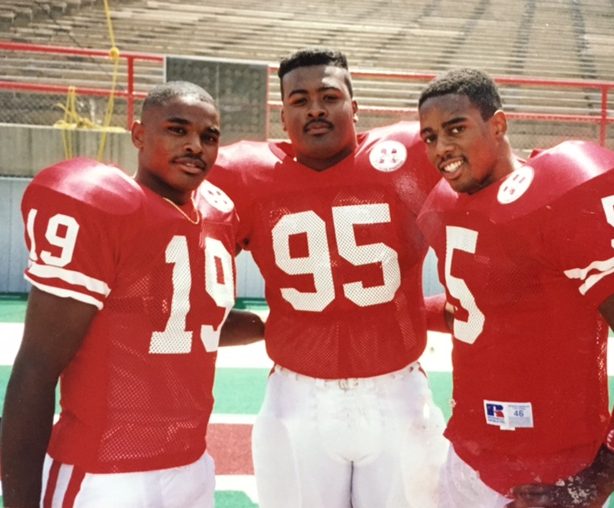 Stuff would happen over the weekend. It was funny, Doak would ask me about certain things and I’d be, ‘Doak, how in the world did you know what kind of things happened over the weekend? Are you and investigator of some kind?’ – Vershan Jackson

He knew everything. I’d go, ‘Doak, how do you know this?!’ There were things you didn’t want him to know about …he’s a guy who’d be taping your ankles and visiting with you at the same time, “A.D. be careful about this. Look out for this.” He had his ears out because he cared about you and was looking out for you.”Stay away from this situation. Don’t go near this crowd.” That type of thing. He wasn’t out there throwing your business in the streets, he kept it to himself. But if you asked, he’d tell you what was the thing to do.   – Aaron Davis

…another guy who really got along well with most of the players was Doak Ostergard. He was just a really good guy: he understood us, he’d talk to us, and he made being in the training room fun sometimes, but at the same time he was also a guy who was really for the program, and he wanted to make sure we were doing everything we could to represent it well. – Tony Veland